Why should feet not be in the south direction while sleeping? 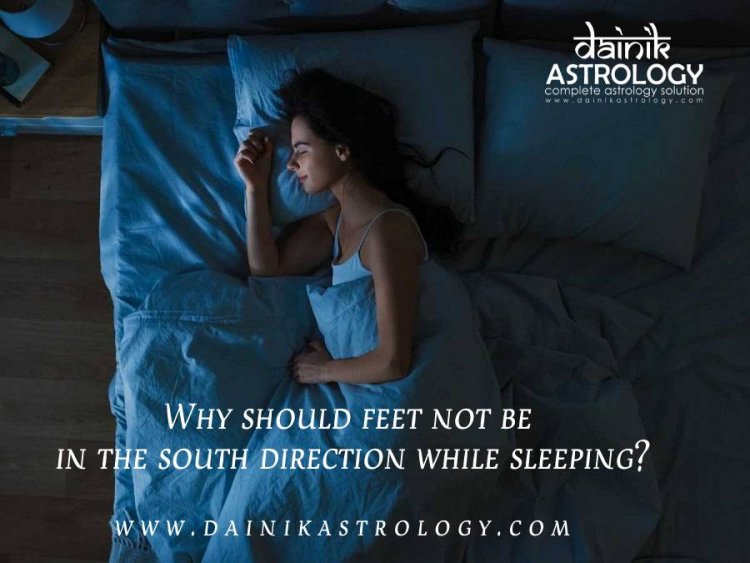 Why should feet not be in the south direction while sleeping?

Some special measures and rules have been mentioned in Vastu Shastra for the successful and happy life of a person as well as health benefits. Often you must have heard the elders of the house saying that one should not sleep with the head in the north or west direction, because in this direction there is the land of death. Yes, let us tell you that this has been considered true in Vastu Shastra, according to this, sleep has a deep connection with our physical and mental health. This is the reason why sages have given some rules for sleeping so that man can get maximum benefit from it.

According to Vastu tips, one should not sleep with his feet in the east or south direction even while sleeping. Otherwise you may have to face many serious health problems. Let us tell you that it has not only been mentioned in Vastu Shastra, but scientists also believe the same. In such a situation, let us know why one should sleep with his head in the south or east direction.

Benefits of sleeping with your head in this direction:

According to world famous astrologer, a person should sleep with his head in the south or east direction, that is, the feet should be in the north or west direction, this gives physical and mental health benefits.

Why one should not sleep with the head in the north direction:

According to scientists, when two positive currents or two negative currents meet, they run away from each other. Therefore, if you sleep with your feet facing the south, it can prove to be injurious to your health.

6 Common Relationship Issues and How to Solve Them

Why do people cheat in the Relationships?

How astrology predicts about the divorce of couples?

What is Astrology today a Scientifically Valid Field of...