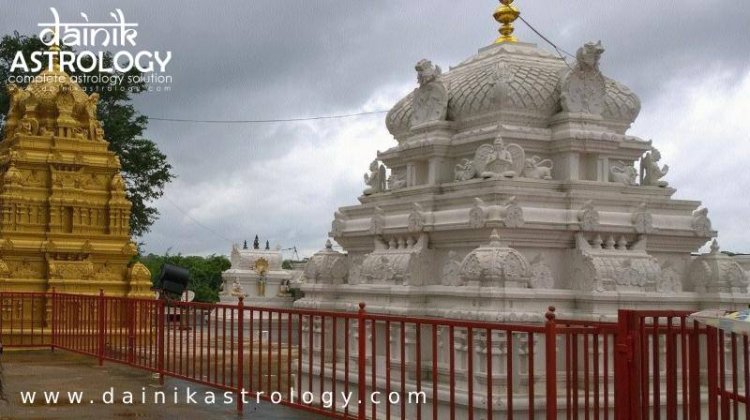 vastu tips if your house is near temple

1. The only disadvantage of staying near the temple is that you will have to face the activities of the temple throughout the day. If you are peace loving, then you can make the bells of the temple a means of peace for yourself or unrest, it depends on your mind. Often people argue that the people living around religious places are disturbed due to ringing bells, conch, sound amplifier, noise, crowd etc.

2. It is said that it is not 'auspicious' to fall on the 'Chhaya' building of the temple in the morning. Such a building remains deprived of the grace of the gods. Actually, it is necessary to know the scientific reason behind it. Not only a temple, if there is a big building and its shadow is falling on your house in the morning, then you will be deprived of getting positive energy from the Sun.

3. Not only the temple, the shadow of any tree, building, flag, hill, stupa, pillar etc. falls on the house for more than 2 hours at home, then it is called Chhaya Vedha in Vastushastra. Therefore, if the house is built two times the height of the flag of the temple, then there is no fault. It is important to know here that the blame is not only due to the temple, but also due to the direction of the tall buildings near your house.

4. Therefore, it is not inauspicious to have a house near a temple, but it should be decided that in which direction the temple is your house and at what distance? It is also said that if you live about 750 meters away from the temple of Shivji, then there is suffering. If there is a house within a 30-foot circle of the Vishnu temple, it is inauspicious. If there is a house in 180 meters of the Devi temple, then there is suffering from diseases and if Hanumanji resides in 120 meters from the temple, then there is a defect. According to world famous astrologer that how close or far should we stay? It depends on the height and width of the temple.

5. According to the astrology consultancy, the effects of Shiva temple located 300 steps away in any direction of the building are inauspicious. The temple of Durga, Gayatri, Lakshmi or any other goddess on the left side of the building is inauspicious. A temple of Lord Vishnu or one of his avatars in the back of the building is also a serious architectural defect. Rudravatar Lord Hanumanji's temple is also architectural flaw like Shiva temple. If the temples of Lord Bhairava, Nag Devta, Sati Mata, Sheetalamata etc. are smaller than the land and the stature of the homeowner, then their Vastu is not damaged.

7. Vastu Dosh is removed by installing the idol of Lord Ganesha towards the direction in which the Shiva temple should be in the direction of the house.

8. If the Shiva temple is right in front of the house, then a copper snake should be buried in the main threshold of the house.

9. If Lord Bhairavnath's temple is right in front, then the crows should feed roti at their main gate daily.

11. If there is a temple of Bhagwati Lakshmi, then draw a lotus picture on the door or put a picture of Lord Vishnu and garland them regularly.

12. If the temple belongs to Lord Vishnu, then the water should be filled and worshiped regularly by installing conch shells on the basis of silver or copper in the northeast of the building. If the statue is of a quadrilateral, brass mace should also be placed at the main gate, equal to the thumb of the homeowner.

13. If there is a temple of Lord Vishnu, an incarnation of Lord Rama, then a divine image of arrowless bow should be made at the main door of the house.

14. If there is a temple of Lord Krishna, then in such a situation a spherical magnet should be established by establishing it as Sudarshan Chakra.

How To Have A Better Relationship With Your Parents?