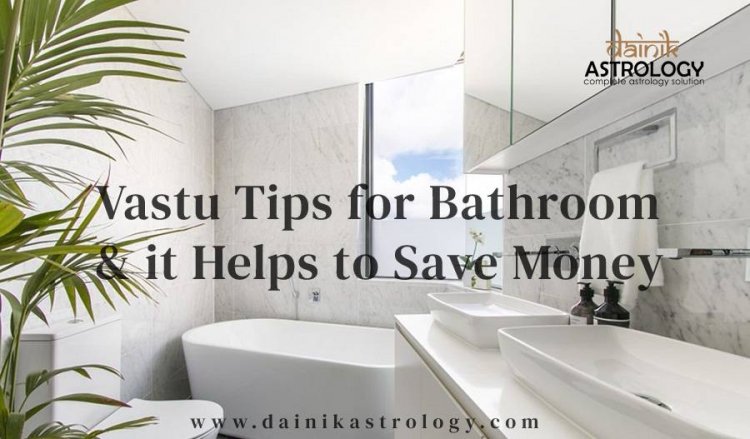 Directions are of utmost importance while building a house according to Vastu. From bedroom to bathroom and kitchen to drawing room, everything needs to be in the right direction. Today we are going to talk about bathroom. In which direction the bathroom should be and what should be kept in mind while making a bathroom in the new house.

This should be the direction of the bathroom

Nowadays it is seen that some people do not install wooden doors in the bathroom in order to save money or because the wood does not get spoiled. Don't forget to do this. Install a good quality wooden door in the bathroom. If you want, you can get an aluminum sheet at the bottom to protect it from water. Never install a metal door in the bathroom. It is believed in Vastu that the metal door does not stop the negative energy from coming out and in such a situation the environment of your house gets spoiled and your health is also affected.

Why it is important to always keep the bathroom door closed

Some people have a habit that when they come out of the bathroom, they just leave the door open. According to Vastu, this is considered to be the biggest defect. If you do this too, then rectify this habit now. With the bathroom door open, all the negative energy comes out. It is believed that this negative energy creates obstacles in your career and also spoils your personal relations.

Do not put these things on the bathroom door

Don't forget to put any showpiece or any religious statue on the door of the bathroom it helps to avoid husband wife dispute. Doing this is considered a great dosha and problems start increasing in your house.

Keep This In Mind

Basin and bathing place should be in this direction

Regarding the direction in which the basin and the place of bath should be in the bathroom, Vastu says that its proper direction should be East, North or North-East. North direction is considered to be the most suitable direction for bathing in Vastu.

Drainage should be in this direction

Take care of the toilet seat

Window In The Bathroom

Color Use In Bathroom

The best colors for the interior of the bathroom should be such that they are quite natural. That is, light brown, cream, white or light green. Do not use black and dark blue in the bathroom.

How to Handle your Partner and Problems of Love Relation?

5 Bad Habits that leads to Heavy Losses to Life

7 Best Ways to Impress the Person You Love