How Rudraksha is helpful to resolve all issues? 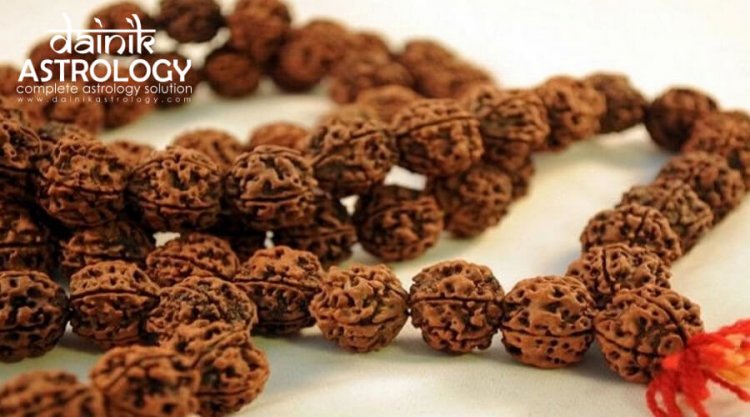 Rudraksha, consisting of these two words 'Rudra and Aksha', is considered best for mantra chanting and planet peace. Rudraksha apart from giving happiness property, it also has the ability to provide mental peace and destroy sins. Among them, Rudraksha, which is shaped like amla, is considered good.

Sanatan Dharma holds that Shiva worship performed without wearing Rudraksha does not give fruits in Kashi, Ganga Kshetra or other pilgrimage areas. Rudraksha is very dear to Lord Shiva. Rudraksha originated from Shiva's eyes is also believed to provide positive energy. The glory of Rudrakshas found from one mukhi to fourteen mukhi is also mentioned in the Puranas.

Wear Rudraksha in these days

Before wearing Rudraksha, he should be dedicated to Shiva. In addition, it is auspicious to wear Rudraksha on Monday and Sawan in addition to Eclipse, Aries Sankranti, Amavas, Purnima and Mahashivratri.

There is a mythological event behind the birth of Rudraksha. A demon named Tripura humiliated Brahma, Vishnu and other gods. Then he asked Lord Shankar to protect everyone. The Jalbindu that fell from their eyes turned into a Rudraksha tree.

There are many benefits of wearing Rudraksha. Each Rudraksha has a different glory. If you want to buy rudraksha online then know what are their benefits.

How many pieces of Rudraksh to wear

Often the question arises in the minds of the people, how many garlands should be worn? If there is a garland of twenty-six, then it should be worn on the head. The garland of fifty rudraksha should be worn around the neck, in the hands of sixteen, in the turban of twelve. While wearing Rudraksha Mala of 108, 50 and 27 grains in the neck or chanting, you get a lot of virtue. The one holding the 108 garland saves his 21 generations. According to astrology consultancy, the sin committed by wearing Rudraksha is destroyed.

Such people should not wear Rudraksha