Reasons why Roses are Given to People 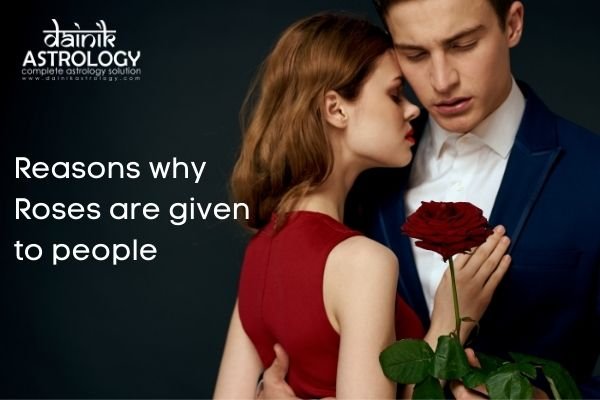 Reasons why Roses are given to people

Reasons why Roses are given to people

Red roses, for example, have long been associated with love and romance, but they are most commonly associated with passion. There are various reasons why most people give red roses as gifts of love and consider flowers to be particularly precious. Flowers have been used to represent multiple things for a long time, including romance, marriage, love, and fertility. In addition, flowers have always been used to communicate hidden and secret messages. Each flower's meaning is mainly derived from a myth or legend.

Roses (Rosa spp.) are one of the most popular flowers globally, with fragrant blooms in a wide range of hues. Roses may be reproduced through rose seeds or other asexual reproduction methods such as stem cuttings or grafting, and their components include both male and female reproductive organs. Roses come in various species and cultivars, and they may be grown in the United States depending on the species and cultivar. Roses may also be cross-pollinated to produce hybrids. While this is a fascinating experiment, it's impossible to predict what sort of plant will emerge, and it may or may not have the attributes and looks you desire. To cross-pollinate roses:

Choose the plants you wish to utilise and remove the petals when the flowers are about one-half to three-quarters open.Remove the stamens from the blooms and place them in a container that can be opened.Look for the pollen sacs encircling the stigma in the centre of the flower to identify the stamen.

These are some of the reasons:

1. The significance of the symbols

Over the years, red roses have been associated with a lot of meaning.

They primarily reflect love, passion, and beauty, but they have also been used to depict politics in rare cases. Roses' powerful symbolism dates back to the eighteenth century when most people embraced a technique known as floriography, which is described as sending a message to someone via a floral bouquet.

Red roses have long been associated with love, owing to red's association with passion.

Pink, yellow, and white are other rose hues with their symbolism. The pink rose, for example, represents grace and thanks, or rather, admiration.

2. The colour is vibrant crimson.

The colour red has long been associated with the emotion of love. It has also been noted that while presenting or receiving flowers, most individuals like to wear red clothing since red represents passion and romance.

As a result, there is no better way to show your love than by presenting your better half a bunch of red roses.

3. Red roses are linked with distinction and refinement.

Roses are not the sort of flowers you can pick up on the street; they have a high monetary worth, and the quality of red roses cannot be compared to, say, a bouquet of daisies.

Giving red roses above other flowers should be considered because of their excellent quality and considerable worth.

The red rose has a different connotation for married couples than for unmarried ones. The red rose is a symbol of marital satisfaction in marriage. This implies that receiving a red rose from your spouse functions as a symbol of reinforced love inside the marriage; therefore, sending a bouquet of red rose flowers may significantly impact your relationship.

5: They are the most stunning blooms on the planet.

Red roses are often regarded as the most beautiful flowers on the planet. They have beautiful petals and a delicious aroma. The majority of individuals consider them to be their favourite flowers. Giving red roses, for example, may have a significant influence on someone since a bouquet is quite inviting.

6. Red roses are a symbol of devotion.

Red flowers represent your love for your sweetheart. Giving roses expresses your undivided attention to your spouse and your commitment to the relationship; as a result, this act of giving flowers may enhance your connection. Therefore, giving red roses may be beneficial to your relationship, and it is recommended that you do so.

7: Respect is symbolized by red flowers.

Giving your sweetheart a bunch of red roses communicates that you appreciate them from the bottom of your heart and value them as your partner. These are some of the reasons why sending flowers is so important.

The War of the Roses, a series of civil conflicts between two royal dynasties for the crown of England, exemplifies this, with the red rose serving as a symbol of strength and bravery. Therefore, giving roses to someone may be perceived as an act of strength and courage in addition to showing profound affection.

When it comes to communicating feelings, red rose flowers constitute a significant present. A bouquet of red roses may signal the beginning of a new adventure or a love journey in fresh, young, or youthful partnerships.

Why does the wife sit to the left of the husband? What...

How Music Is Beneficial To Overcome Several Major Diseases?