Pearl: What Are Its Effect and Reason To Wear It 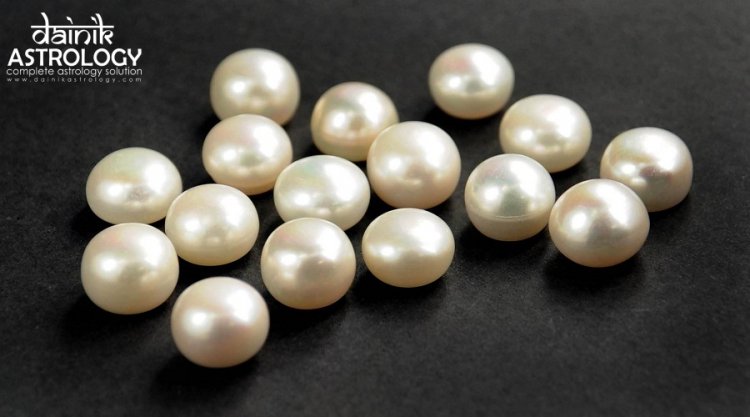 Gems have been in circulation since ancient times. Manik, pearl, coral, topaz, emerald, diamond and amethyst are the main gems. Apart from these, there are other gemstone that are worn like lucky gems. Among them, onyx, garlic, turquoise, lajvart etc. are also prevalent. Among the gems, except 4 gems, the rest is considered a goddess. The pearl coral topaz emerald diamond and sapphire garlic and onyx are all worn on the basis of the representation of the 6 planets.

The planets and their gems are as follows-

Due to the real gemstone, people wear the puranas in their place. It is written in the books that the above-mentioned effects give less.

All gems fall under nine planets. Surya Chandra Mars Mercury Guru Venus Saturn Rahu Ketu According to horoscope all these planets give good results to the person. There are 12 places in the horoscope cycle which is also called Ghar or Bhava. From the position of sunrise planets in twelve houses, it can be determined which gem will give the most benefit to a person. Based on the experience of the last 30 years, I have found that if a planet is auspicious for you and you are not getting the full results, then take the gems related to that planet. You will find that the same gem has given a new direction to your life and your mindset has changed. Only one gem is enough to change your fortune.

What are the effects and results of "pearl" gemstones?

Moti Cancer is the lifelong gem of Lagna and Bhagyesh Ratna is topaz. Moti Ratna is worn to make the moon peaceful and the moon strong, and a person's horoscope may cause the moon to become weak and weak. According to Maan Sagari, the moon has also been called the queen. The blessed moon gives a person grace, gets success in his state work, makes the mind happy, frees him from various kinds of worries. In astrology, the moon is called the mind of the universe. In our body also the Moon is the factor of our mind and brain, symbolizing the stability of thoughts.

The mind is man's greatest friend or enemy. Wearing pearl gems full of blessings of Goddess Lakshmi, you will invite Lakshmi to your door. If the moon is weak in your horoscope, it will help you to make it strong. Apart from this, it also helps in bringing insomnia and diabetes under control. Moti Ratna strengthens your memory. Provides peace to your brain. Apart from this, Moti is also known for providing strength in sexual life and makes your married life beautiful.

10 Remedies of Lal Kitab to remove all problems from your...