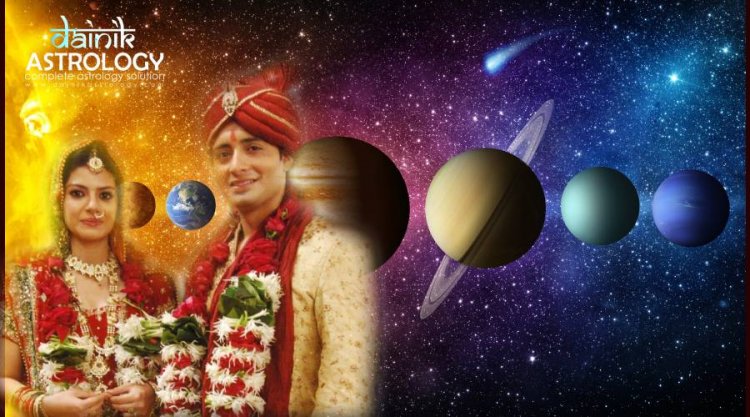 We all know that the solar system consists of nine planets that revolve around the sun due to the presence of gravitational force. All these nine planets are worshipped in Hinduism and it is believed that these planets hold importance in one's life. According to the astrology, the positioning of these planets during the birth of the person decides the past, present, and future.

Role of Planets in Our Life

Sun - In Hindu religion, the sun is worshipped on a daily basis as it is also known as Ravi or Surya in the Hindi language. A single planet holds its position whereas other planets revolve around it every day and night. The sun is to instill will power, energy, and good fortune in us which is why the planet has been worshipped. It is also responsible for determining the personality, looks, wisdom, and achievements of an individual. The sun also rules the zodiac sign, Leo.

Moon - The planet moon is also known as Chandra or Soma and it is believed that the moon plays a vital role in determining some major events of our lives. It also decides the fertility, growth, relationships, and even the overall emotional attitude of a person's life. As per some individuals, it has been believed that the good effect of moon is that it helps a person to ensure a harmonious life.

Mars - The next human colony is also known as Angaraka or Mangala which is believed to be the most ferocious god in all the planets. It represents independence, individualism, and idealism nature of the person. The same planet is said to rule two different zodiac signs as Aries and Scorpio. As the planet itself is ferocious and aggressive, it makes the zodiac signs also aggressive.

Mercury - The planet is known to be Buddha in Varuda Mudra as he has 4 hands and the planet is responsible for sharpening the minds and creating the multi-functional talents and versatility in the person. You can get prediction by love astrology.

Jupiter - The planet Jupiter represents the god which is known as Brahmanaspati or Brihaspati and the reason behind the status of the planet is that it is known to be the teacher of gods and is also praised in many hymns of Rigveda. It is believed that the planet decides the luck factor in our lives as it is also responsible for the intellect, good fortune, and success.

Venus - The different planet is the goddess teacher of demons and is also known to be the creator of Sukraniti. The planet is also responsible for representing the most delicate and emotional sectors of life like love, luxury, food, wealth, and much more. People who fall under this planet are always gentle and soft. You can also consult a famous astrologers in the world.

Saturn - This is the most troublesome and feared God of all. Saturn is considered to be the negative astrological planets, according to astrology. It is said to be slow, lethargic, lazy, and careless. People believe that its rule is the worst period in one's life. According to astrologers, the proper positioning of Saturn can bring unimaginable wisdom, authority, success, and happiness in an individual's life. Every person is believed to go through a rough phase, where he/she will undergo 7 and a half years of bad phase when this planet enters their zodiac sign.

The North Node - The north node is known as Rahu in Hinduism as the god has similar traits as mercury but is still different in terms of the characteristics. The planet is believed to be influential and powerful as the positioning of this planet determines the growth and downfall of the person. It is also called a dragon's head.

Get rid of office and commercial building problems through...