This Palm Line turns Luck, helps to make a lot of money 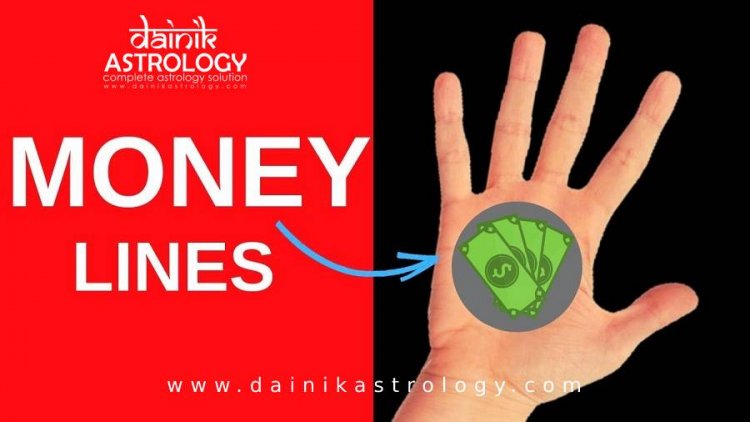 Palmistry is the art of predicting the future by reading and placing mountains in the palm. According to palmistry, the lines formed in the palm determine the fate of a person. There are some special lines in the palm through which the economic life of a person can be known. Let's know about the auspicious signs made in the palm.

Mount Venus on the palm is the bulging portion below the thumb. If a person's mountain of Venus rises high, then he is rich. The person whose Venus is raised up the mountain receives all kinds of material pleasure.

If a line on the palm meets the fate line going to the sun line, then such a person suddenly receives wealth. According to the world famous astrologer, the mark of fish on the palm is considered very auspicious. Suddenly money is received and this sign on the moon benefits from abroad.

If a straight and clear line coming out of the ocean goes to Mount Shani, then such a person is very lucky and rich. In the palm line, the fate line is mainline. If a triangle is formed on the fate line, then it gets the immovable property.

A person is very lucky when a triangle is formed on the brain line and he gets paternal property. If two sun lines are formed on the palm of a person, then such a person lives in society with respect and wealth and wealth.

If a person has a square mark on Mount Venus on his palm, then he is married in a rich family. On the other hand, if a mark of cross is made on Guru Parvat, then such a person gets a lot of wealth after marriage.

Why do people cheat in the Relationships?

Mercury Will Enter Gemini, 4 Zodiac Signs Will Get Gift...