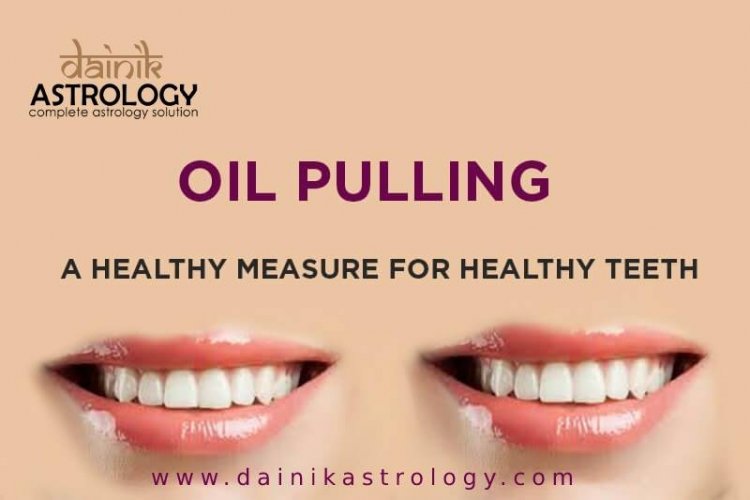 Oil Pulling means oil rinse is beneficial for both health and beauty as well as keeping teeth, gums healthy. Oil pulling involves swishing oil around the mouth, using it like a mouthwash. It has been used for thousands of years as an Indian folk remedy. In order to oil pull, you put a tablespoon of oil in your mouth, then swish it around for 15–20 minutes. The main benefit of doing this is that it reduces the amount of harmful bacteria in the mouth. There are hundreds of different types of bacteria in your mouth. While many of them are friendly, others are not. The bacteria in your mouth create a bio film on your teeth, a thin layer known as plaque.

What are the benefits of performing Oil Pulling?

How to Oil Pulling?

Here we are providing the way to performing the Oil pulling is incredibly simple:

In health astrology oil pulling is considered as one of the best remedies for your dental care. It’s best to spit the oil out onto a piece of paper and put it in the trash the fat might otherwise clog your pipes over time. There is no need to use a lot of force. If oil pulling causes pain in your facial muscles, relax a bit. Try using less oil next time and don’t swish it around too forcefully. Some people say it’s best to oil pull on an empty stomach, before brushing your teeth. Many do it while showering or bathing in the morning.

6 Common Relationship Issues and How to Solve Them