Does PitraLok really exist? What is the mystery behind it! 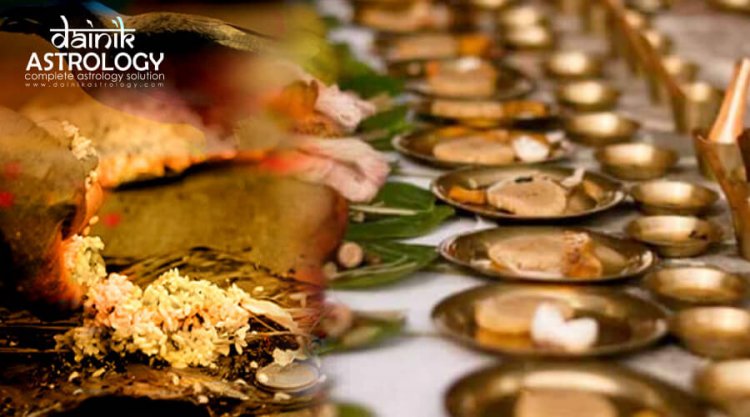 In Indian religion and culture, the belief or principle of heaven, hell and ancestral world is different from other western religions. All these folk are associated with the speed of action and emotion of the soul. Apart from Vedas, Puranas have different doctrine in this regard, which is considered to be an extension of Vedic theory.

First understand motion: Whenever one leaves the body, one gets 1. Upward motion, 2. Steady motion and 3. Downgrade according to the mind instinct created by mind, speech and action from his subtle body. The nausea rises up or down or remains there. If it falls down then it rises in the lower world and then it rises in the upper world. If it is possible to remain stable, it remains in the sleep. The above categories are divided into two parts: gati and agati.

These two types of the world - Shukla and Krishna i.e. Devayana and Pitriyan Marg are considered eternal. One of them is gone- One who does not have to return, receives that supremacy and is gone by the other (i.e. Dhomvara according to verse 25 of this chapter. Gone from the dead, Karmayogi.) Then comes back, that is, one gets birth and death for more information you can take help of celebrity astrologer.

There are four types of Agati - 1.Shinodarka, 2.Bhumodharka, 3.Agati and 4.Durgati. In Kshinodark Agati, the creature again comes to the death world as a saint and lives like a saint. In the Bhoomodark, he finds a happy and opulent life. In the abyss the lowly or animal goes into life. In motion he finds life like insect, insects.

According to the Puranas, Pitruloka is believed to be 86,000 Yojana distance to the south above the maryulok (Bhuloka). Yampuri or Pitrilok spread over one lakh yojana is mentioned in Garuda Purana and Kathopanishad. It is said that after death, upward movement souls remain in the state of death and rebirth in Pitru Lok for 1 to 100 years according to astrology consultancy. The residence of the ancestors is considered to be in the upper part of the moon. From Ashwin Krishna Pratipada to Amavasya, Pitra Prana pervades the earth with Kiran (Aryama) and Kiran.

How do the ancestors come down?

The most prominent of the sun's thousands of rays is 'Ama'. The Sun illuminates the Trilokya with the radiance of the head beam called Ama. In the same Ama, a particular date is visited by the moon, that is, then through the said ray, the ancestors descend from the moon's surface to the earth. That is why the Amavasya Tithi of Shraddha Paksha is also important. Along with Amavasya, Manwadi Tithi, Sankrantikaal Satipat, Gajachdaya, Chandra Grahaan and Solar Eclipse can be performed in all these Tithi-Varas to pay obeisance to the ancestors.

Who lives in the ancestral world?

According to the Puran, the main ancestors can be classified into two categories - divine ancestors and human ancestors. The divine ancestor is the name of the Jamaat who, after seeing the deeds of living beings, decides what pace to give to him after death. Yamraj is the head of this group.

Yamraj is also counted among fathers. This is followed by Kavyavadanal, Soma, Aryama and Yama - these four are the main gana pradhans of this Jamaat. Aryama is considered the head of the fathers and Yamraj as the judge. The best fathers of Pitrilok are considered members of the judicial committee.

Apart from these four, there are hearing on behalf of each class, such as - Agnushava, the representative of the gods, the representative of Somasad or Sompa-sages, and the representative of the exorcism-Gandharva, the demon, the eunuch Suparna, the serpent and the Yakshas. The group which constitutes these are the ancestors. This is what justice does after death. In the hands of Lord Chitragupta are the book of karma, kalam, dawat and karwal. If you want to know more then analyze panchang for more information.They are skilled writers and their writings give justice to the living beings according to their deeds.

What is the Correct Method of Performing Aarti?