How the movement of planets will effect you in the month of September? 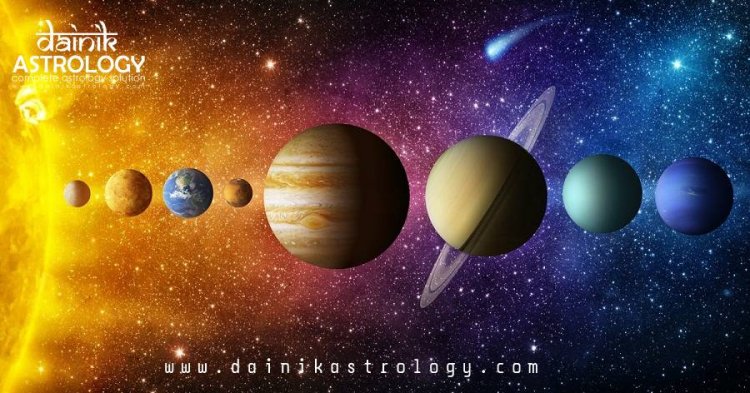 movement of planets will effect you in the month of September

According to astrology consultancy, the planets constantly change in their zodiac. These planets move from one zodiac to another according to a particular period and movement. All the zodiac signs are affected by the movement of these planets. In this episode, in the month of September 2021, 5 planets will change their zodiac. These planets include Mercury, Jupiter, Sun, Mars and Venus. On September 6, two planets will change their zodiac signs. These include Venus and Mars. Where Venus will enter its own sign Libra, Mars will transit in Virgo. This will be followed by the transit of Jupiter on 14th September, which is an important planetary change. Devguru Jupiter will come in Capricorn on this day. Then on September 17, Sun God will enter Virgo and finally on September 22, Mercury will come in Libra, where it will conjunct with the planet Venus. The change of these planets will definitely have auspicious and inauspicious effects on all the zodiac signs. Let us know in detail-

Venus will leave from Virgo on 6th September and will enter into Libra. Venus will remain in this zodiac till 2 October 2021. After that it will move to Scorpio. According to astrology, Shukra Dev is considered to be the factor of all material pleasures of this world. He is the lord of Taurus and Libra. Venus is considered to be debilitated in Virgo and exalted in Pisces. Any planet is in a strong position in its zodiac.

Mars will enter Virgo from Leo on 6th September and will remain in this sign till 22nd October. While some zodiac signs will benefit from the arrival of Mars in this zodiac, some zodiac signs may also have to face trouble. In astrology, Mars is considered to be the factor of anger, war, might, courage, military power, land, blood etc. He is ruled by Aries and Scorpio zodiac signs.

The zodiac sign of Dev Guru Brihaspati is going to change in the month of September. Dev Guru Jupiter will transit from its own sign Sagittarius to Capricorn on 14th September and will remain in this sign till 21st November 2021. With the arrival of Jupiter in Capricorn, this change will have auspicious and inauspicious effects on all the zodiac signs. In astrology, the planet Jupiter is considered to be the factor of knowledge, luck, husband wife dispute problem, growth, guru, children etc. This giant planet is ruled by Sagittarius and Pisces.

Sun God will enter Virgo from his own sign Leo in the month of September and will remain in this zodiac till 17 October 2021 and then move to Virgo. The planet Sun is considered to be the lord of Leo zodiac. In Aries, they are in high house, while in Libra they are considered low. Planets in exalted house are stronger and more powerful. Whereas in low zodiac they become weak.

In the month of September, Mercury will transit from Virgo to Libra on the 22nd. Mercury will remain in this sign till October 2, 2021. If you are still not getting the solution then consult world famous astrologer. The transit of Mercury in Leo will have good and inauspicious effects on all the zodiac signs. In astrology, Mercury is the lord of Gemini and Virgo. The planet Mercury is considered exalted in Virgo and debilitated in Pisces.