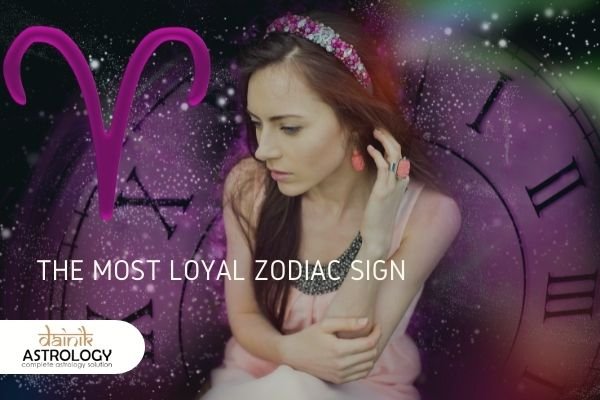 Loyalty is an important factor in developing a successful relationship. Being dependable means remaining loyal to our spouses, siblings, or friends. It is true that loyalty is a rare commodity that not everyone can provide. The attributes of a person make them loyal and trustworthy. We can't make people stay faithful; it has to come from inside. As a result, we should appreciate and befriend those born under trustworthy Zodiac signs. It is not a good idea to cheat on your lover.

You're probably wondering which zodiac sign is the most dependable. In this article  I have mentioned The Most Loyal Zodiac Sign - List of Trustworthy Zodiac Signs

There is no method for determining whether or not your spouse is faithful. Always trust your gut feelings and intuition. Remember that vibes aren't deceiving! Cancer, Scorpio, Taurus, Virgo, and Leo are the top five Zodiac signs according to the list. Each partnership, however, has its own definition and loyalty standards. Some couples think that loyalty is demonstrated by not concealing anything from their partner, while others hold opposing beliefs. Regardless, knowing where your Zodiac sign ranks among the most reliable Zodiac signs is always intriguing. Check out the list even if you only want to know the Zodiac sign ranking of your companion.

Cancerians are the zodiac sign with the strongest sense of loyalty. This Zodiac sign's native will give their complete self in a relationship if their emotional needs are met and they feel safe. They don't believe in casual dating; instead, they take their relationships seriously and are fully dedicated. So, if you're married to Cancer, you may rest confident that they'll never betray you.

Scorpios take time to let down their guard and form true bonds with others, but once they do, they are immensely loyal.They may become the hazardous zodiac sign if they are deceived by someone. They will be truthful in their relationship until their partner is. The Scorpions place the greatest emphasis on their own self-esteem.

Taurus has a tendency to cling to their forever person. Furthermore, people may suspect their significant other of being unfaithful despite the lack of evidence. Jealousy and insecurity cause them to become suspicious.

Taurus people are obstinate, yet they are also the zodiac sign's most devoted friends. However, these people must quit being insecure in their relationships unnecessarily.

Because of their realistic outlook on life, Virgos are trustworthy. They are also terrified by the prospect of being caught red-handed. These indigenous also want to keep things open and honest. They will never do something that may jeopardise their relationship. Virgos are also said to have high standards, which makes finding a possible companion tough. This instantly discourages them from cheating.

The Leo Zodiac is devoted to their lovers as long as they are receiving the attention they seek. They are, by the way, the most attention seekers of all. If their spouse begins to ignore them, they may become dishonest. When it comes to bringing a relationship ahead, Leos have a conventional mindset. They believe that you should marry and dedicate your life to a single person.

Aries tries their hardest to remain truthful in their relationships, but if they learn anything that thrills or attracts them, they may become dishonest. If they are not thrilled or their sexual wants are not met, they might leave their relationships.

The Sagittarius is more likely to be unfaithful than faithful, but on the good side, they are aware of this and will go to great lengths to prevent hurting others. It is up to each individual to decide whether or not to jeopardise their relationship. They are open about their dislike for bonds and commitments.

Pisces are frequently so engrossed in the enchantment of their imagined worlds that they are inspired to pursue it with zeal. If they believe they have outgrown a relationship, they will leave it.

What Is Pink Aura - Its Color, Meaning, And Effects On...

Grey Aura it's Significance on color, Meaning And Personality