What are the most common issues in first 3 years of marriage? 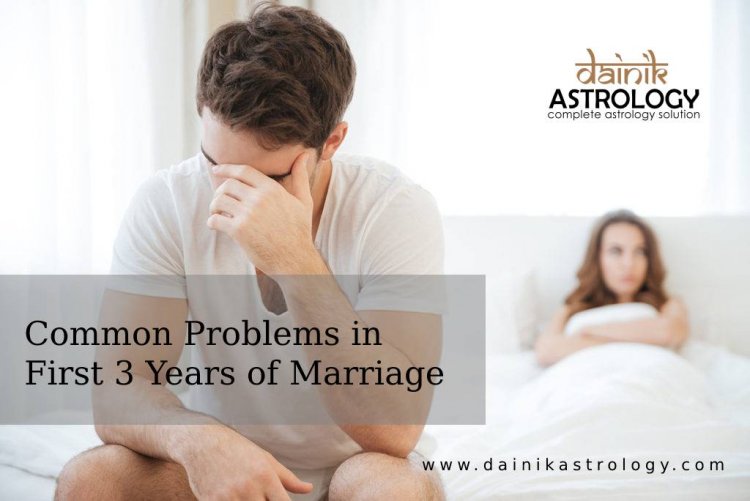 most common issues in first 3 years of marriage

Marriage is the most common relationship. In the marriage you both agree on the matters and you never fight. It is the phase that only lasts so long before the cute habits become annoying and you both begin fighting about the smallest things imaginable. We are providing most common issues that arise in first three years of the marriage. Below mention are some of the reasons of fight among couples:

The most common problem for the married couples is regarding the financial matters. For the reason becoming a legal family together that means sharing all the bank accounts and managing the mutual finances to support your new life. Thus managing money becomes a stress. Your partners is irresponsible with their spending and is plummeting your good credit score into the debt.

There are small arguments about the household chores that may now become the part of the newlywed vocabulary. There are some of the disagreements about the taking out the trash, putting the compost together, and even changing the sheets that will become the small complaints.

You don’t do the things you used to do

When you are just dating then you were each other entertainment. You need to understand that you are married and spend every free moment together that you may start to notice your partner does not do the things that they used to do. It creates problems in husband wife relation.

After the marriage the annoying in laws is not always a marriage myth. Thus the one thing in the married couples are they fight about the involvement of their in laws in their marriage. After marriage we had seen in most of the cases that in laws may be critical of the new husband or wife, may push for the grandchildren and add unnecessary stress and division between the family and your marriage.

According to astrology consultancy, In some of the cases it could be that you were though that you are ready for the stable lifestyle. In the reality that you are missing the single life. Not about the dating aspect but about the aspect of the adventure lurking around every corner.

It is quite common that once you start spending all the time together to become frustrated with the one another. Remember that you married them because you once loved their little foibles. Give it some time and you will naturally adjust to their personality quirks.

One thing couples find an issue with after the first few years of marriage is how their partner’s appearance may have changed. Since you are no longer playing the dating game, odds are you are not going out as much. Leading a less active lifestyle can result in a change in appearance.

How to handle the tough phase after the breakup with partner?