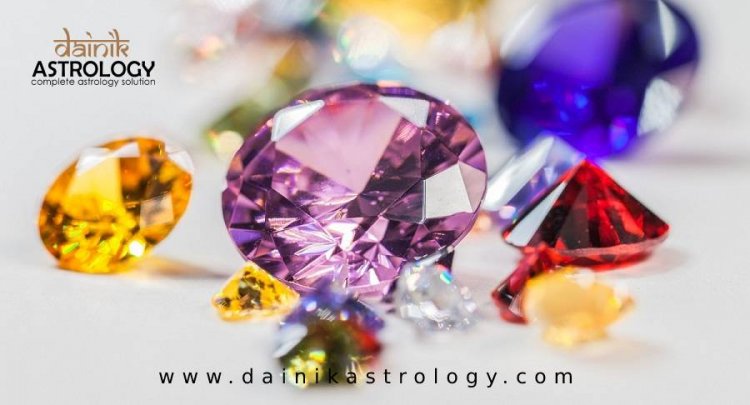 lucky stone from your birth month

In this era of modernity, many people do not believe that wearing of stone is right. But if you wear a stone according to your birth anniversary, then you will definitely benefit. So let me know which stone is lucky for you.

Know which gemstone is suitable for you according to Birthday Month

Garnet for January: Garnet is considered to be their birthstone for people born in January. It is a symbol of endless friendship and trust. If you want to gift to a friend, there can be no better gift than this.

Jamunia for February: Jamunia, the amethyst, is considered to be his birthstone for February's natives. The notion is that the person who wears it has a clear mind. It is also considered a Royal Gem.

The March is considered to be a guarantee of safe travel by the Beruj Beruj or Aquamarine sailors. Its calm color calms the wearer's anger.

Emerald for May is a birthstone emerald for May natives. It is considered a symbol of rebirth. The person wearing it gets foresight, good fortune and youth.

Pearls for June Pearls are considered to be their birthstones for the natives of June. Moti, the most loved gem of the Roman Empire, is believed to provide peace.

Rubies for July Rubies or rubies are considered superior for the natives of July. It is considered a symbol of success in health, understanding, prosperity and love.

Peridot for August The magical gemstone Peridot is considered to be the best for the natives of August. This gem protects us from nightmares and helps us to become powerful and effective.

Firoza is the birthstone of December-born people for December. It is one of the oldest gems. It was discovered in the 13th century.

Are you a November born? Know about your personality!