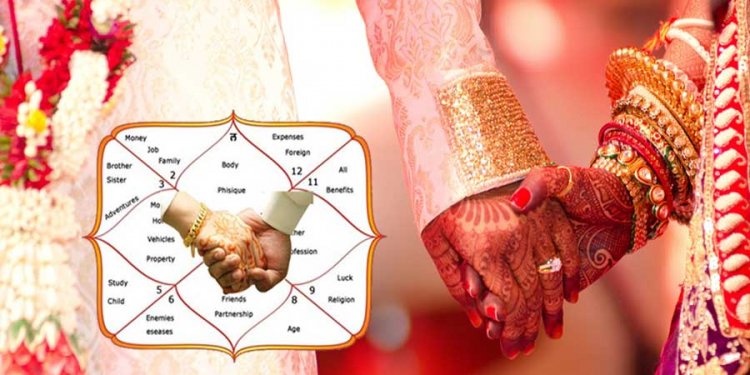 The foundation of Hindu culture lies in the Shodash rites. 'Marriage' has an important place in these Shodash rites. As children become young, parents start worrying about their marriage. The biggest concern that parents face as soon as the idea of ​​marriage comes to mind is to find a suitable spouse for their son or daughter.

In ancient times, horoscope matching was considered essential. In the current era of information and technology, Melapak has remained only a ritual. Astrology has determined the total number of qualities in Melapaka on a separation-separated basis to 36, in which 18 or more qualities are considered to be good for marriage and marital happiness.

It is not appropriate to decide the marital happiness based on the number of qualities I see. Mostly it has been seen that even if more qualities are matched than 18, there is a lack of marital happiness among the couples. The main reason for this is to understand the Melapak as a mere merit-based process, such as an exam in which the student is declared qualified by getting a minimum score or 1-2 points or less. Astrology is not so simple and concise. This method of merlap based on properties is not completely effective.

Things to keep in mind at the time of Melapaka:

The purpose of marriage is to achieve family prosperity and good marital happiness along with the entry into the household ashram. A family full of love and harmony is like heaven in this world. There are some important factors in the birth chart of a human being to know the possibilities of accomplishing these objectives. These factors are - seventh house and seventh house, twelfth house and twelfth house, second house and second house, fifth house and fifth house, natural house of planetary Venus (for men) and guru (for women) in addition to eighth house and eight.

Dwadash Bhava: Dwadash Bhava, similar to seventh house, is also considered important for married happiness. Dwadash bhava has been considered as the meaning of Shaya Sukh i.e. sexual pleasure. Therefore, the influence of any kind of sinful planets on the Dwadsha Bhava and its ruler Dwadeshsh can cause loss of marital happiness and solves husband wife problem.

Fifth house: According to the scriptures, when a person is born, then he becomes indebted with birth. One of these innate debts is 'Pitra Debt' which is freed by childbirth. The fifth sense gives knowledge of child happiness. The influence of any sin planet on the fifth house and its master Panchamesh deprives the couple of child happiness.

What first weekly horoscope of the February month has brought for you: 1 February- 7 February’2021

How to Make your Love Relationship Strong & Happy?