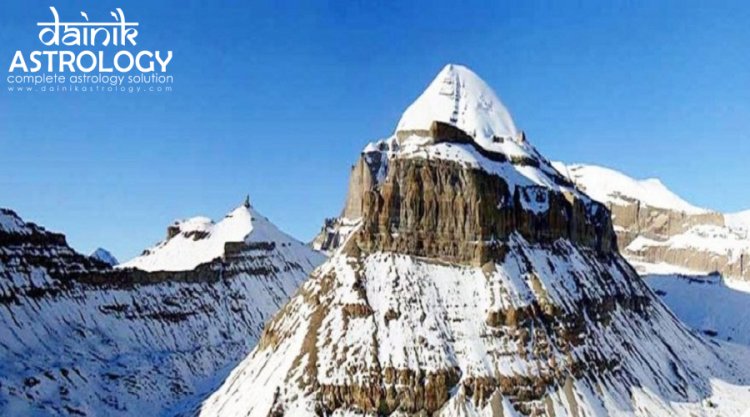 1. This situation happened for people who tried to climb Mount Kailash

It is not that no one tried to reach the abode of Lord Shankar, but whoever reached there saw death with his own eyes. Sarge Sistiakov, a Russian mountaineer who has gone very close to Mount Kailash, says that he had reached very close to this mountain, but as he progressed further, his heart started beating rapidly and he started feeling weak. He then decided to return and as he came back, his health continued to improve.

2. Lights shine in the sky above Mount Kailash

3. The secret of two lakes on Mount Kailash

According to astrology prediction it is believed that a person who does good work gets a place in heaven i.e. Mount Kailash. It is said that only the saints reside on Mount Kailash. Scientists who have studied Mount Kailash and its surrounding environment believe that there is a kind of supernatural power flowing around here in which many ascetic gurus still practice themselves and establish a relationship with God. This is the reason why this place is considered to be the center of unnatural forces.

5. The shape of Mount Kailash is also mysterious

The shape of Mount Kailash is also mysterious in itself. The shape of this mountain is similar to a pyramid and scientists call it the center of the Earth. The shape of this mountain is also mentioned in Ramayana. This center of the Earth is considered the Axis Mundi, which is described as the navel of the world or the focal point of the world. It is considered to be the center of the celestial pole and the geographic pole. It is believed that this is the point where the sky meets the earth. Ten directions meet at this place.

It is said that near Kailash Mansarovar, the sound of the pronunciation of Damru and Om is heard continuously. It is said that Lord Shiva himself plays this damru and Om is also pronounced due to his abode there. However, no one has been able to find out this secret till date. However, based on the research of scientists, it is also said that here the sound is produced when the winds hit the mountain and the snow melts.

March Birthday: People born in the month of March are successful

5 Zodiac Signs will be Lucky in September Month