What is the month Adhikmaas, when it comes, know its mythological basis 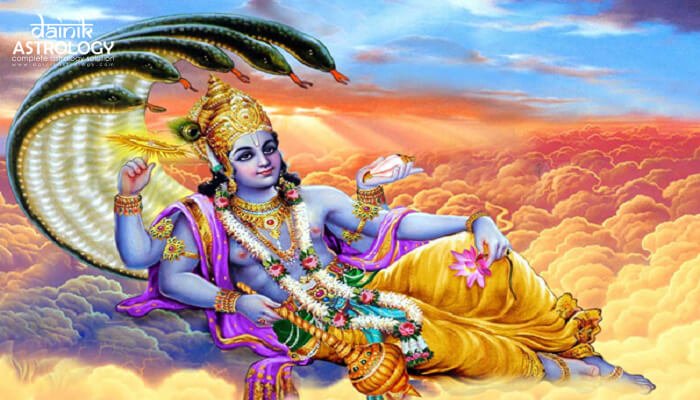 In the Hindu calendar, there is an additional month of occurrence once every three years, which is known as Adhikamas, Mal Maas, or Purushottam Maas. This month has special significance in Hinduism. Hindu religious people from all over India are engaged in religious activities, worship, Bhagwat bhakti, fasting, chanting and yoga etc. throughout this month.

It is believed that the religious work done in Adhikamas results in 10 times more than the rituals performed in any other month. This is the reason that the devotees, with all their devotion and strength, get pleased with God in this month and are able to improve their Ihloka and the hereafter. Now the thing to think is that if this month is so impressive and holy, then why does it come every three years? Why and for what reason is it considered so holy? Why is this one month called by three distinct names? All such questions naturally come to the mind of every curious person. So today we know the answers to many such questions and know more deeply.

Why does it come every three years?

Adhyamas- According to the Vashistha theory, the Indian Hindu calendar runs according to the calculation of the Sun month and the lunar month. Adhikamas is an additional part of the lunar year, which comes at a difference of every 32 months, 16 days, and 8 hours. It appears to balance the difference between the solar year and the lunar year. According to the Indian calculation method, each sun year is 365 days and about 6 hours, while the lunar year is considered to be 354 days. There is a difference of about 11 days between the two years, which becomes equal to about 1 month every three years. In order to bridge this gap, a lunar month comes into existence every three years, which has been named Adhimas due to the excess.

Why adhik maas is called as mal maas?

In Hinduism, all holy deeds during the Adhikamas are considered taboo. It is believed that due to excess, this mass is deflated. Therefore, during this month, specific personal rites of Hinduism such as naming, yajnopavit, marriage and general religious rites such as home entry, purchase of new valuables, etc. are not usually done. This month has been named Mal Mass due to objection.

Why adhik maas is called as Purushottam Maas?

Lord Vishnu is considered the lord of Adhikamas. Purushottam is a name of Lord Vishnu. That is why Adhikamas is also called as Purushottam month. A very interesting story about this subject is found in the Puranas. It is said that Indian mystics by their calculation method prescribed a deity for every lunar month. As the Adhikamas appeared to strike a balance between the Sun and the lunar month, no deity was prepared to become the ruler of this additional month. In such a situation, sages and sages urged Lord Vishnu to take the burden of this month on himself. Lord Vishnu accepted this request and thus it became the Purushottam month along with Mal Maas.

For more months, very beautiful stories are heard in the Puranas. This story is related to the slaying of the demon king Hiranyakashyap. According to the Puranas, the demon Hiranyakashyap once pleased Brahma Ji with his harsh tenacity and asked him the boon of immortality. Since the boon of immortality is prohibited, that is why Brahma Ji asked him to ask for any other boon.

Then Hiranyakashyap asked the groom not to kill any male, female, animal, deity or demon in the world. He should not die in 12 months of the year. When he dies, it is neither daytime nor nighttime. He died neither by any weapon nor by any weapon. He cannot be killed in the house, nor can he be killed outside the house. On receiving this boon, Hiranyakashipa considered himself immortal and he declared himself God. In time, Lord Vishnu appeared in the greater month as Narasimha avatar i.e. half man and half lion, in the evening, sewing Hiranyakashyap with his fingernails under Dehri and sent him to the door of death. If you want to know more about the beliefs related it then consult world famous astrologer.

Why is it important?

According to Hinduism, every living entity is made up of five elements. These five elements include water, fire, sky, air, and earth. According to their nature, these five elements determine the nature of each organism in a more minimal way. In Adhimas, through all religious acts, contemplation, meditation, yoga, the seeker tries to balance the five elements contained in his body. According to astrology consultancy in this whole month, through his religious and spiritual efforts, every person is determined to achieve his physical and spiritual progress and purity. In this way, every three years, the person cleanses himself from outside and fills with new energy by achieving the ultimate cleanliness. It is believed that all the horoscope defects are also resolved by the efforts made during this period.

What to do in the month of Adhik Maas?

Usually, Hindu devotees make fasting, fasting, worshiping, meditation, bhajans, kirtan, meditations as their way of life in Adhyamas. According to mythological principles, apart from the yagya-havan during this month, listening, reading, meditation of Shrimad Devi Bhagwat, Sri Bhagavata Purana, Shri Vishnu Purana, Bhavishya Purana, etc. are especially fruitful. Lord Vishnu is the presiding officer of Adhikamas, hence chanting Vishnu mantras is especially beneficial during this time. It is believed that Lord Vishnu himself blesses the seekers who chant Vishnu Mantra in more months.