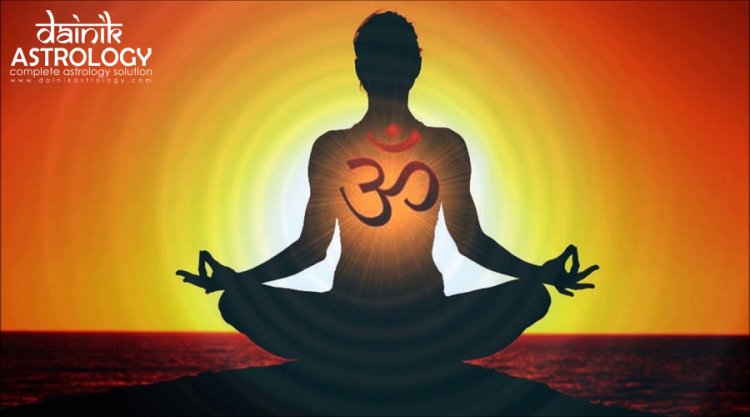 Om is described differently in the Upanishads. The word Om is derived from the three Sanskrit letters A u and M. Om is the symbol of Brahma, Vishnu, and Mahesh. The sound of Omkar has been called the essence of all mantras in the world. The mere effect of this has a positive effect on the body. Om is also very important in yoga practice. It awakens the navel, heart, and command cycle.

Worship of a house is not complete without Om it is said that without Om creation cannot be imagined. It is believed that the sound of 7 always comes out of the entire universe. Today I will tell you what the word means. How can the sound emanating from it relieve your diseases? Om is not just a sacred sound but is a symbol of eternal power, The word is made up of three letters. A means arising, o means arising means growth and M means becoming silent i.e. becoming Brahman.

By doing Om Mantra, three parts of the body start vibrating. When you pronounce A, there is a vibration close to the stomach, when uttering U is vibrated in the middle part of the chest, and when speaking M, there is a vibration in the brain. In the mythological period, the sage Muni considered Om Mantra as the means of attaining salvation.

How to chant Om

After this chant Om Mantra.