How to Eliminate the Defects Coming In The Marriage? 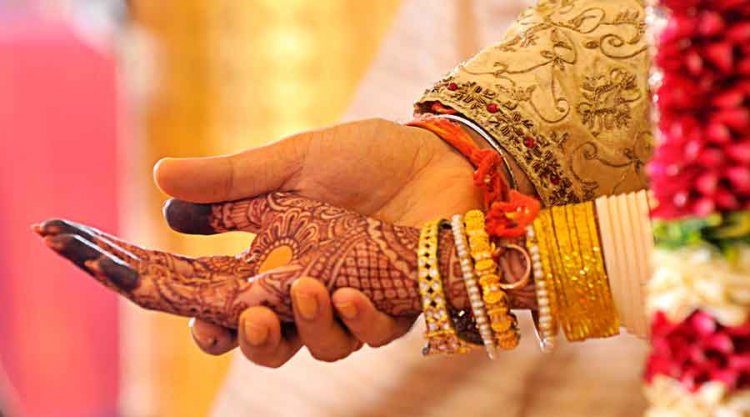 How to Eliminate the Defects Coming In The Marriage

Many times, even after lakhs of efforts, the marriage work is not completed and the age of the marriageable people becomes more. At the same time, in the present era, young men and women want to make their own career before tying the knot. Even in such a situation, the age of marriage is passed and in such a situation, it is not easy for any person to tie the knot after the delay in marriage. In the present time, the cases of delayed marriage or unmarried are increasing and for this reason the worries of the parents also increase, the young men and women also start seeing less chances of marriage.

If marriage is not possible even after getting old age, then by doing some astrological remedies, chances of early marriage are created. So let's know about some surefire ways to get married soon and also get husband wife dispute problem solution.

1. To remove the obstacles in the marriage area, take 1200 grams of yellow lentils and one and a half liters of raw milk and donate both the items on Monday.

2. When the father or brother of an unmarried girl goes to the house of the future groom to talk about the marriage of an unmarried girl, then at that time the girl's hair should be kept open. Do not tie your hair until they come back after talking.

3. Follow marriageable girl Monday fast. And do this fast for 16 consecutive Mondays.

4. A marriageable girl or man should perform Jalabhishek of Lord Shiva with milk and water on Monday and chant the mantra of Lord Shiva.

According to astrology consultancy you should offer malpuas to Lord Ganesha on Wednesdays. This increases the chances of getting married.

1. On Thursday, take a bath by adding a little turmeric to the bath water and consume saffron.

2. On Thursday, the girl or man should wear yellow clothes.

3. Worship Lord Shiva on Thursday by lighting five sweets, a pair of green cardamom and ghee lamp. This remedy has to be done on three Thursdays.

4. Worshiping the banana tree with a lamp of pure ghee on Thursday while wishing for marriage. Chant a rosary of the mantra of the planet Jupiter in front of the lamp.

5. By making peace of the planet Guru and worshiping Guru Dev regularly, the chances of marriage are formed soon.

6. The girl or man desirous of love marriage should chant the mantra of Lord Krishna.

Boil eight chuaras in water in the evening on Friday, keep them near your bed at night and the next day after taking bath, pour these chuaras and water into the running water.

How to Take Care of Your Children And Make Them Happy?

Follow 10 Vastu Measures to Avoid Quarrels with Your Partner