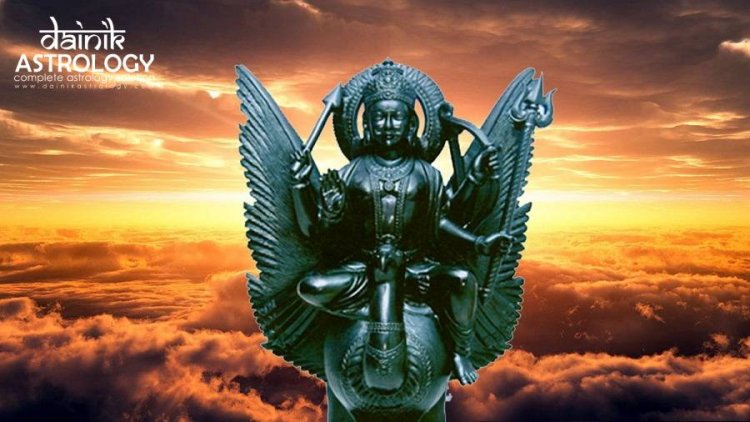 Shani Shanchar remains on a cruel planet. The reason for this is also reasonable because when Saturn is killed, the condition of the good becomes thin. Though Shani is a judicious deity and good, good and bad will give bad results, but many times, due to unintentional mistakes, Shani devotees also become a part of their anger. Therefore, Saturn is considered a more evil planet than just. If you are also trapped in Shani dosha then perform the Shani Grah Shanti puja.

What is Shani Dosh

Shani dosha actually refers to the state of Saturn in the native's horoscope in which he is painful. It can have many forms. Since Shani Dev moves at a slow pace, hence the hitting of Shani also takes a long time. In this sense, Shani Dhaiyya, half-century is also considered to be Shani Dosh. If you want to get the solution then consult world famous astrologer.

When do Saturn blame

When Saturn is in Aries zodiac, it is considered to be inferior because of which it is also called Shanidosh. Apart from this, even if Saturn is in the enemy zodiac sign, it troubles the native. If Saturn is with the Sun and it is not falling, then even under these circumstances, Shani feels guilty. Saturn being with Moon is also inauspicious. Overall, when Saturn is of low zodiac sign, is planning with Sun or Moon, or is looking at them, then Saturn is defective in these states.

According to the lunar sign, when Saturn is in the eighth or fourth position, then this state is called Dhaiyya of Saturn. During this time, the native has to suffer physically, mentally and financially and his life becomes troublesome

According to the lunar zodiac, when Saturn is in the first, second or twelfth place, then this state of Saturn is called half-century.

How to avoid Shani dosha

When Saturn is hit, man is forced to stumble at every rate. Climbing the stairs of the high, the man touching the sky also comes on the road. From time to time, business starts appearing dark in every stage of life. No dice thrown are straight. Overall, Saturn's attack can be understood in the true sense, which is two to four everyday. Shani Dev may be considered a cruel or evil planet, but in reality his role is that of a judicial magistrate. Just as Shani gives justice and punishment on the principle of Bharani, in such a way, there are some measures through which people can make atonement for their mistake, inadvertently, to atone for sin.

To avoid the negative effects of Shani Dosh, one should worship Shani Dev and donate oil, rye, urad etc. Worshiping Lord Hanuman also reduces the anger of Shani Dev. Worshiping Lord Shiva, especially with the chanting of Shiv Mantras, can also prevent Shani Dosh. Since people are considered to be the abode of all the deities in Peepal, Shani Dev can also be pleased by watering the Peepal tree and lighting a lamp. Chanting of Shani Mantra can also be done. Saturdays can also be overcome by duly worshiping Shanidev on Saturday or Shani Jayanti.

Interesting facts related to the Marriage Line in the Palm

People born in April are different from others, Know how?