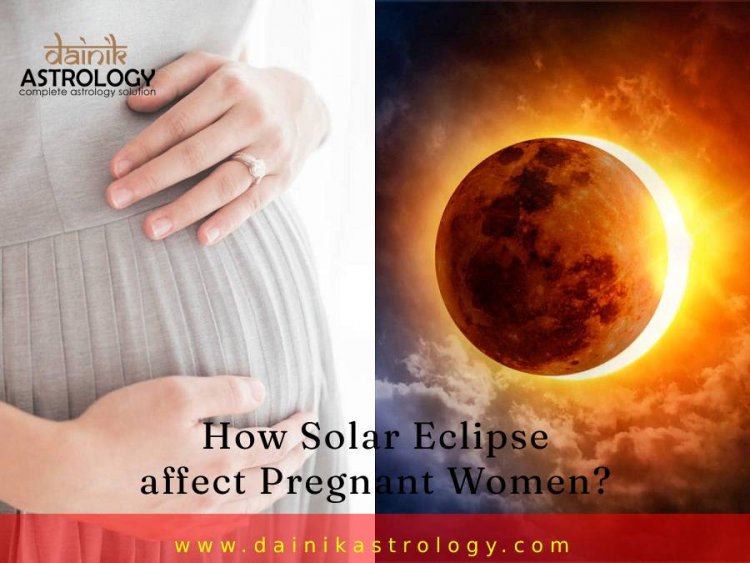 According to this, some things have to be taken care of during and after the eclipse. Apart from this, there are many such precautions that pregnant women need to take during solar eclipse. It is believed that pregnant women are most affected by any eclipse. This is because there is a lot of negative energy in the atmosphere during an eclipse. Astrologer advises pregnant women not to step out of the house during the eclipse period. If it is necessary to go out, apply sandalwood and basil leaves on the womb. This will not affect the eclipse on the fetus. If food is necessary during the eclipse period, then use only those food items in which basil leaves or kusha are added before applying the sutak.

According to astrology consultancy, pregnant women should be more worried as its radiation affects the fetus or fetus. If you are a pregnant woman, follow these things to avoid its fatal effects. Here we are going to tell some such precautions.

1. According to Hindu mythology, pregnant women should stay inside during the solar eclipse as it is believed that it is harmful to leave the house during this time. However, there is no scientific explanation for this.

2. Pregnant women should also stay away from sharp objects like knives, pins and needles during solar eclipse as according to Hindu mythology they are believed to cause deformities in the baby during this period. Do not use any cutting objects like knives, knives, blades, scissors during the eclipse. This can have a bad effect on the organs of the unborn baby.

3. Use of needle thread is also prohibited during this time. During the period of eclipse nothing should be done other than taking the name of God.

5. During solar eclipse, pregnant woman is not advised to sleep and she should sit on the grass spread on the floor.

5 Zodiac Signs will be Lucky in September Month

How to know about Government Job in Your Horoscope?