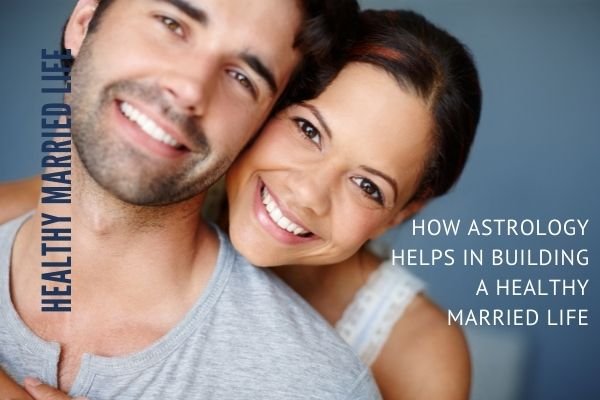 Specific questions arise in everyone's head, such as, "When am I going to be married?"

What would be the outcome of my marriage?

What would my spouse's reaction be if they were to meet me? Do I marry early or late? The physical characteristics, mental aptitude or nature of the person, background of in laws family, happy or troublesome married life, joy or sadness from offspring, and so on are all revealed via an astrological analysis of the birth chart. Our World Famous Best Astrologer has attempted to illustrate the planetary combinations in the Horoscope responsible for early or late marriage, a happy or miserable marital life.

Many factors influence how a person's life will unfold in the future. You must have assumed that heavenly forces determine your destiny at some time in your life. And specific invisible forces and influences indeed influence people's fate. To better understand these forces, ancient sages and intellectuals devised several methods to assist people in overcoming the problem of predicting the future. As a result, many ways have been developed for learning about upcoming events and ceremonies. People have established sources that have helped people know about the celestial forces that play a significant influence in determining the course of an individual's life from ancient times to the present.

Astrology is one such tool that aids individuals in dealing with their future issues. It is concerned with the study of stars and constellations and their effect on Earth and human life. With the aid of astrology, a person may get a sense of their future and prepare to take corrective action in many areas of their life. When it comes to the end, most people are interested in learning about it. So why not have a glimmer of hope for the future and take significant steps that will benefit your life?

In today's world, astrology has grown into a valuable tool for assisting individuals with various issues such as marriage, career, business, property, and children. For example, when it comes to a person's marriage, astrology may help them find a better, more suitable life partner in various ways. Marriage is the most significant event in one's life, and it should not be taken lightly. Marriage astrology is the helpful hand that makes it much easier for folks to discover that life companion.

Marriage is more than simply tying the knot and swearing to remain with someone; it is a commitment, dedication, and loyalty to be with someone throughout their lives, standing together in good and terrible conditions. As a result, it's essential to determine if the person one is marrying has the characteristics to ensure a happy marriage. Marriage astrology can tell whether a couple's wedding will be happy and healthy. In addition, it assists individuals in calculating their compatibility ratio and determining their degree of comprehension and support. A person may get insight into his marital life with love marriage astrology. As a result, it aids individuals in determining who would be their ideal soul mate, bringing pleasure and wealth into their lives.

For Marriage, Houses and Planets

Marriage time is also a significant factor to consider in a horoscope. Aspects of the planets and planets in the house of marriage should be taken into account when determining the best time to marry. Dasa, Bhukti, or Anterdasa should specify the time of marriage. Horoscope Marriage & Married Life Planetary Configuration According to the Horoscope, there will only be one marriage.

In the Horoscope, it's Divorce Time.

In the Horoscope, separation

In the Horoscope, An Unconventional Marriage

How Astrology Help in Building a Healthy Married Life

This article will provide a powerful mantra for creating a happy marriage. A lot of people asked for other love mantras. Mantras attract love or deepen their relationship with their mate, in particular. Also included are some heartfelt love meditations.

English affirmations and spiritual mantras for love from Kundalini yoga, Buddhism, and Hinduism are included in this resource. There are also some self-love mantras included.

For a Loving Marriage, Ganesh Mantra

Only individuals who are of marriageable age should employ the Ganesh mantra. For individuals whose marriage has been put on hold. This one should be combined with ShriGanesha's regular devotion.

It should be read 108 times every morning till you are married.

The Katyayani mantra is a powerful mantra for persons whose marriage has been postponed for various reasons. From the BhagavataPurana comes the Katyayani Mantra for marriage. To marry Lord Krishna, the 'Gopis' worshipped MaaKatyayani. Girls revere Devi Katyayani for facilitating early marriage and removing obstacles to love marriage.