Grey Aura it's Significance on color, Meaning And Personality 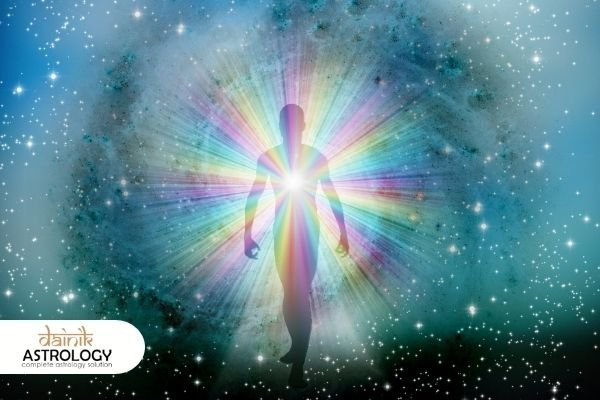 Auras are the invisible energy fields that continually surround a person, as we all know. If they are too powerful, they may be seen with the naked eye. Specific aura reading procedures are utilised to determine a person's aura when this is not the case. A person's aura can be visible in a variety of hues. Grey aura, orange aura, yellow aura, and many more are among them. It is not normal for one individual to change aura colours frequently or in a large variety of tones. Typically, one individual juggles two colours that may change tints for variety. Only in exceptional circumstances do the main colours go beyond two. So, in this article, we'll look at the Grey Aura it's Significance on color,Meaning And Personality .

What Is The Meaning Of A Grey Aura?

A grey aura differs from the others in that it depicts a journey rather than a destination. This is evident in the way this hue is made using a certain ratio of white and black. It's amusing since, when viewed as an aura, these hues are at opposite ends of the spectrum. This makes it much more dangerous when discussing the grey energy aura. Because the bearer's moods and emotions now rule it. A minor proclivity for negative and self-suppressive ideas might push it into the depths of darkness, where it will manifest all of the bad consequences. If the carrier, on the other hand, manages to stay alive,The grey aura moves towards the brighter and lighter side of the spectrum, resulting in a good and cheerful lifestyle.

To get the brilliant aura grey hue, the individual should strive to have this aura. It's important to remember that a grey aura doesn't automatically imply black or white. In truth, it demands the bearer to organise their thoughts and create a clear image of their goals in life. This allows them to re-establish their vibe and restore their aura's natural hue. It's even called the auxiliary aura hue in this case.This concludes the significance of the grey colour aura. You should be aware that developing psychic abilities to detect even the tiniest distinctions between the hues is critical to getting the most accurate reading.

Having a grey aura is not a good indicator in general. This is because, first and foremost, this aura is a supplemental one, indicating that the person wearing it is still attempting to sort out their sentiments. Second, grey is a pretty drab and absorbing colour in and of itself. Let's look at what it means to have a grey aura in more detail.

People's sceptical behaviour is shown by the dark grey aura colour meaning. They are often negative in their outlook. They are always looking for the negative in every scenario and then playing the victim. This, in a manner, builds on itself, affecting the general behaviour of these people. However, since we know that the aura is not permanent and may be changed, there is a catch. This offers the bearer the power to sway it in either direction. This leads us to the distinction between the brighter and deeper tones of grey aura colour meaning.

The Meaning And Personality Of A Deep Or Dark Grey Aura

When a person's aura leans toward the deeper colours of grey, it's a risky condition. It's because the deep grey aura indicates that the person is engulfed in all of their bad emotions. They are those who have lost their capacity to recognise the positive aspects of any circumstance. It also demonstrates that persons with a dark grey aura have internal conflicts that keep them confused. This stops them from moving forward. You now understand what a grey aura is and how it affects people's behaviour. You also know their personality characteristics. So, if you're unsure if it's good or terrible to have, it's now allowed.

It also depends on the individual's outlook. It's because the aura's impact can be influenced by what the person concentrates on. If they maintain a good mindset, the dark grey aura colour meaning will gradually alter as well. It will return the person's aura to its original state. And by having a bad attitude, the person might make matters worse for themselves. The grey aura effect is the name for this phenomenon.

The bottom line is that the grey aura can take over at any time, regardless of the initial aura hue. It is up to the individual with a grey aura to decide whether or not he wants to foster it.

We must recognise that the most accurate information regarding the grey aura can only be gained through the most advanced psychic reading techniques. And you don't have to be discouraged now that you know what a grey aura means. Because the consequences of it can never be predicted.

What is Taurus Lucky Color for the year 2022