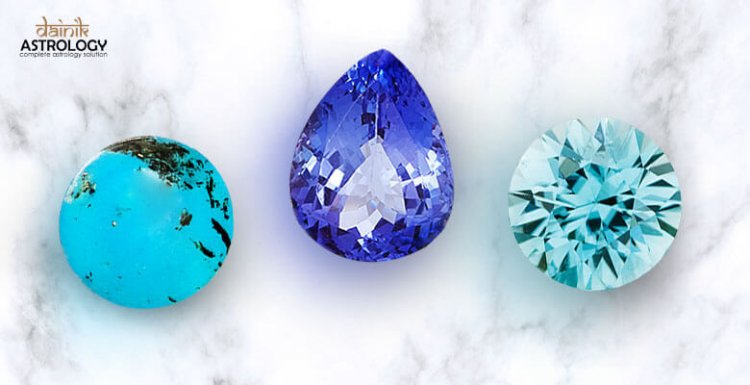 gemstone for people born in December

People born in different months of the 12 months of the year have different auspicious gems i.e. birthstones. Today we tell about the birthstone of people born in the month of December. Sagittarius is the most influential person born in December. The Lord of Sagittarius is Devguru Brihaspati. If there is a Lagna in their kundali, then Sun and Mars are strong factors and the native is powerful and highly influential. People born in the month of December have three auspicious gems. Blue zircon, Tanzanite, and turquoise gem

Why is gemstone worn?

According to the astrologer, gems worn according to zodiac signs are very beneficial in life. Many people consider gemstones as very important and wear them with full law and order. It is said that wearing a gemstone according to your zodiac sign is auspicious.

There are three auspicious gems for the natives of the month of December, which we have told you above. The best and first of these three gems is Blue Zircon. The specialty of this gem is that it is the brightest. Zircon is a natural mineral and it is said that it is a very rare item like a diamond.

Wearing it does not cause nightmares. Apart from this, these gems serve hope in despair and bring light into the darkness. They transmit positive energy to those trapped in negative energy. It was used in ancient times as a talisman for traveling or avoiding evil. Talk about its price, then good zircon is available at the rate of 15 thousand rupees per carat.

The Tanzanite gem was found in Tanzania, Africa, hence the name Tanzanite. It is found in blue to purple color. However, they also say that it keeps changing its color. According to the light in which you will see this gem, its color appears accordingly.

Taking this gem, it is said that it operates the maximum parts of the human body. This Uparatna operates parts from Anahata Chakra to Sahasrara Chakra. Transmits energy and connects the brain to the heart. This creates a versatile development of the person's ability to tell the truth. The person wearing this gem is filled with compassion and compassion. Wearing this gem keeps one's mind calm and develops love in a person's life. It is helpful in physical and mental development. Extends the five senses. This gem prevents skin related diseases.

Why wear a Tanzanite?

Well, the specialty of this gemstone is that anyone can wear it, but even then, if you associate this gemstone with the gemstone of Saturn, then some people consider it to be the best for the people of Aries or the sign of Mars, Aries people. Huh. Apart from this, people who want a change in job and career can also wear it. It makes the person's personality effective and also generates the power of attraction in him.

The Feroza gem is the last gem of the December natives. It is a semiprecious stone of blue and greenish-blue color but the best color is considered to be sky blue. It was found in Turkey in the 16th century.

What are the benefits of drinking milk?

Pearl: What Are Its Effect and Reason To Wear It

How to Eliminate Problems That Arise in Path of Girl’s...