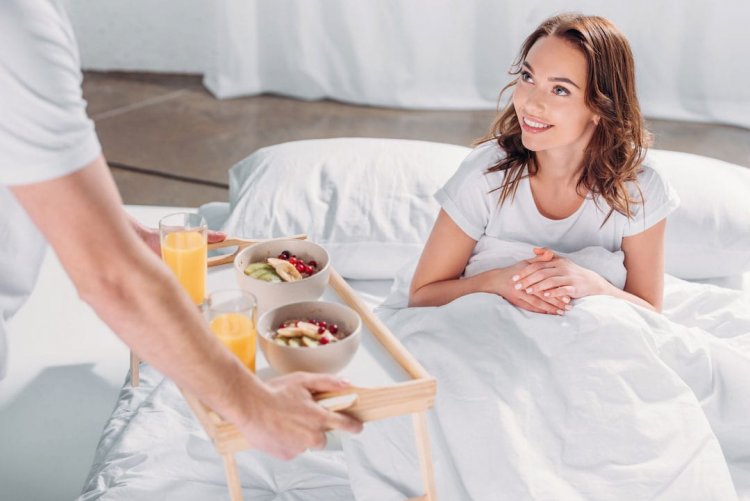 We all work hard to earn money and money also comes to us, but it is spent on some pretext or the other and sometimes we are not able to fulfill our needs. The reason for this may be that Maa Lakshmi is angry with you. Which angers Lakshmi, the goddess of wealth. There is never any prosperity in his house. Maa Lakshmi gets angry due to many reasons. The most important of these are bad habits. Maa Lakshmi does not like some dirty habits at all. She is always angry with people with these nasty habits. Here we are telling about these habits. If you also have any of these habits, then you can get the blessings of Mother Lakshmi by correcting it.

Some people have a habit that they eat food while sitting in bed. This should not be done at all. Mother Annapurna is considered to be a form of Lakshmi and eating food in bed is an insult to food. Because of this, Mother Lakshmi gets angry with people who eat food in bed. Diseases come in the body of these people and debts rise on them. Therefore, one should always eat in a dignified manner by sitting on the pedestal or on the table-chair.

Leaving Dirty Dishes In The Kitchen

It is said that laziness is the biggest enemy of man and in the case of dirty utensils, this enemy can also annoy Maa Lakshmi. In many homes, people are lazy and leave the dirty utensils of the night in the kitchen. The next morning the dishes are washed and everything is fine, but in reality it is not. Maa Lakshmi gets angry by keeping dirty utensils in the kitchen at night. This is also considered an insult to Mother Annapurna and according to Vastu Shastra, Goddess Lakshmi gets angry by doing so. For further more information talk to astrologer.

Placing Dustbin In Front Of The House

Keeping dustbins inside the house is a very good habit. This also keeps the house clean and there is no problem in giving garbage to the garbage man in the morning. But even by mistake, dustbin should not be kept in front of the house. Many people do this for their convenience, because in the morning the garbage man takes away the garbage without disturbing you, but by doing this, not only the garbage man but Maa Lakshmi also returns from your door. Apart from this, relations with neighbors also deteriorate.

In some houses women are not respected and the men there unnecessarily keep abusing women. Unnecessarily talk to them in a loud voice and keep scolding them. At times they are also abused and beaten up. Why would Goddess Lakshmi stay in a house where Lakshmi of the house is not respected. For this reason, one should always respect the women of the house and try to keep them happy by causing husband wife dispute problem. Also, never insult the poor.

To Lay Worship Materials On The Ground

We take care of many things during puja. We make God sit on a wooden seat on top of a red cloth and we also spread blankets or mats for ourselves, but sometimes we keep the material of worship on the ground. Shouldn't do that. Keep everything that is offered to God in a plate. Maa Lakshmi gets annoyed by keeping the material of worship on the ground.

Distributing Milk And Yogurt In The Evening

It is believed that Maa Lakshmi visits everyone's house in the evening. That is why the doors of the house are kept open in the evening. At the same time, by giving milk and curd, Lakshmi also goes away. For this reason, milk, curd and salt should not be given to anyone in the evening.

Why you have scary dreams and how to get rid of it?