Does Black Magic Exists? If so How To Remove It 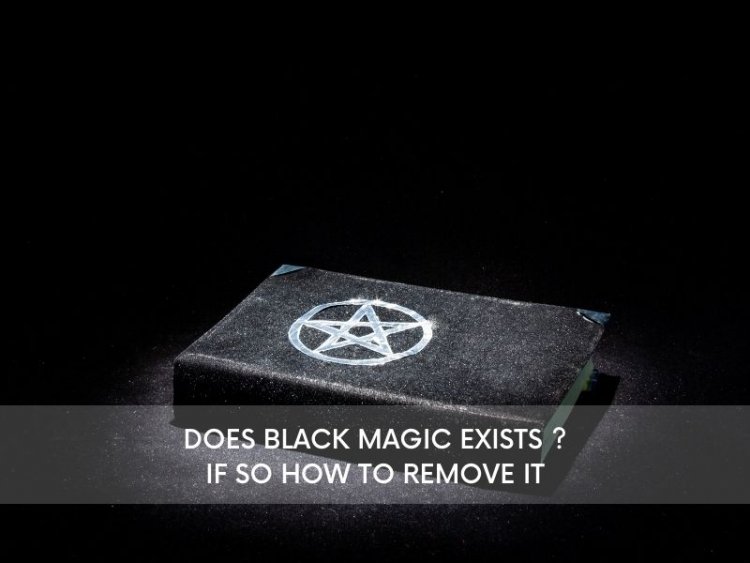 Does Black Magic Exists? If so How To Remove It

What is Black Magic ?

Energy is simply energy; it is neither divine nor wicked. It may be transformed into anything, even gods and devils. It's similar to how electricity works. Is electricity a gift from God or a curse from Satan? It's heavenly when it's lighting up your home. It's the devil if it turns into an electric chair. It just depends on the person in charge at the time.

So, is it possible for someone to practise black magic? They most certainly can. If there are beneficial applications, there are equally bad uses. The Atharva Veda is one of the Vedas dedicated to the utilisation of energy for both beneficial and bad purposes. But, from what I've seen, most of these issues are psychological. While some of it may be present, the most of it is your own thoughts driving you insane. I don't have to use any genuine black magic to drive you insane. When you come out of your house tomorrow morning, imagine there's a skull and blood all over the area; once you see this, that's it! You'll become sick, your business will fail, and everything will go wrong.

There has been no use of black magic. Your mind will be destroyed just by specific symbols that suggest that this appears to be some form of dark magic. So, the majority of the time, it's just a psychological issue. Even if you are subjected to black magic, just 10 percent of it may be genuine. You're ruining yourself for the rest of it. That is why it is accompanied by symbolism. They were aware of how your own psychology affected you. You simply destroy yourself once that symbolism is created.

Symptoms If someone did Black magic to you

Check to see whether you've had any particularly poor luck. If you've experienced a string of poor luck, it's possible that you've been the victim of a bad luck spell. If misfortune after misfortune strikes out of nowhere, and something just doesn't feel right, it's conceivable you'll need to take action to break the spell. Even though you studied diligently and were confident that you would ace the test, you received poor results. Even though you haven't had a pimple in weeks, you get a big acne breakout immediately before a hot date. You lose your balance and fall.

How Do You Get Rid of Black Magic?

However, there is a science that allows someone to harness their energy in a bad way to damage someone else. What is the safeguard? You don't even have to consider those things. Another option is to wear particular safeguards, such as a rudraksha, which acts as a shield against negativity. Simply maintain your life's focus and keep going.  That is why they are situated there. Otherwise, from an architectural standpoint, I would have preferred to have them considerably closer together. The negative usage of energy, such as black magic and others, is present whether you are aware of it or not. The entryway is located at a fifteen-degree angle. Everyone who enters, whether they realise it or not, just drops the bad forces they are carrying. Thousands of people have abandoned such influences. That is why those who have visited the Dhyanalinga discover that their lives have abruptly transformed. This is due to the fact that the negative effects on their lives have decreased.

When we talk about 'negative consequences,' we don't always mean anything bad happening to you. You might have ingested some negativity in a variety of ways. You see, poisoning fruit and giving it to you isn't required. It's possible that the fruit has a natural toxin that enters my system when I eat it. In the same manner, bad parts of life can creep into your life in a variety of ways. Someone scheming against you does not have to be present. So the initial fifteen-degree angle at the Dhyanalinga's entry is made for this reason, and before anyone else looks for anything else, these things are taken care of. They only have to walk approximately sixty or so yards in that space.

To protect yourself, wear an amulet. An amulet is a piece of jewellery that you wear all the time to protect yourself from negative energies, hexes, and curses. Having an amulet on you can reduce the impact of a curse or hex such that it no longer has the ability to harm you. An amulet can be any thing that holds special importance for you and is considered sacred. An amulet might be anything from a particular piece of jewellery to a shell from your favourite beach to a length of ribbon you wore in your hair as a youngster. Keep the amulet in your pocket or wear it around your neck at all times.

Bathing in Salt mixed with herbs

Bathe in a mixture of salt and magical plants. A ceremonial bath has the ability to purify you of negative energy. Light some candles and take a warm bath if you believe you've been cursed. While you're enjoying a lengthy bath, try to think only happy things. To boost the cleaning efficacy of your bath, add one or more of the following: a grain of salt HyssopBasil, Mugwort, patchouli,Vetiver Wormwood.

Speak with Word Famous Astrologer who specialises in spiritual healing. If you believe you have been the victim of a major spell, speak with a spiritual healer who can assist you in removing the magic through a series of ceremonies. Speak with someone who understands what you're going through and knows how to break the curse so that your life may begin to improve once more. If you're religious, you might wish to seek advice from your clergy. Speaking with a psychic may be beneficial, but make sure you choose someone who is genuine and knowledgeable in magic. Talking to a therapist who is open to healing through meditation, hypnosis, and other practises that can bring more good energy into your life could also be beneficial.