If you do not have marriage in Kundali, then what to do? 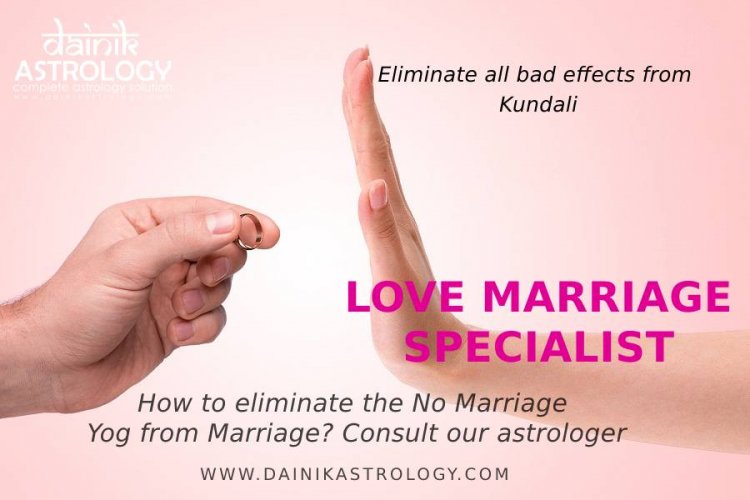 do not have marriage in Kundali what to do

There are several horoscopes are formed by the combination of some planets in our horoscope, which reduces the chances of getting married in our lives. When we talk about the marriage of a girl, first of all, the guru of her horoscope is seen, in which situation and under what conditions and with which planet she is dating, which planets should be seen on this planet. is. Similarly, when the horoscope of a boy is seen, the planet Venus is first seen.

According to astrology consultancy, if the girl's Jupiter and the Venus of the boy sit in a bad state, then there is a lot of difficulty in getting married and face many obstacles - like when a relationship comes for you and the matter is completely It gets confirmed, then due to some reason, or any problem, the engagement is broken or there can be other reasons besides this.

If the seventh house, seventh house and fifth house of horoscope, fifth house are bad, then there are many problems in the marriage. Along with this, if the birth chart of a boy or girl is with Manglik defect, there is a possibility of delay in marriage or less of marriage, because it has been said that Manglik boy should marry Manglik girl. Due to which there is no problem in their life and their married life is successful. But many times it happens that Manglik boy does not get Manglik girl or Manglik girl to Manglik boy, due to which the marriage is interrupted and the sum of marriage is reduced.

Remedy to eliminate the no marriage effect from Natal Chart

How to eliminate problems between Husband and Wife?

How to remain trust alive in Marriage Life?