What is the Correct Method of Performing Aarti? 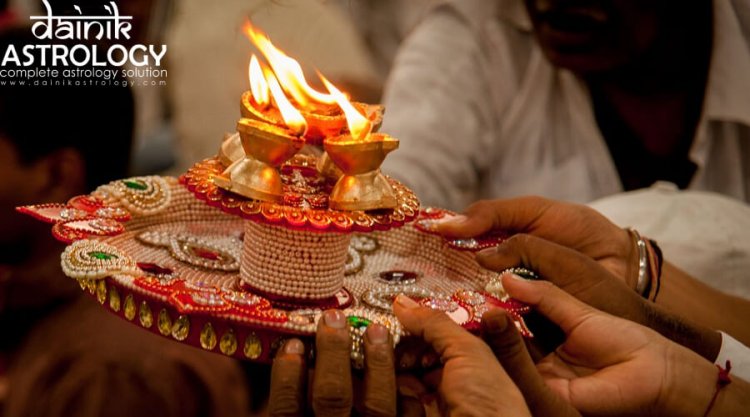 Aarti is an integral part of the worship method of any deity or, say, your Aaradhya. Worship without aarti is not considered to be done. With the opening of the gates in the morning in the temples, people reach for the Aarti. Temples of temples are also closed at night only after Aarti. Aarti is not only performed in temples but also on sacred rivers and ponds. The Ganga Aarti of Banaras is world famous. Those who are ignorant of the rituals of ignorance worship also take the aarti of their worship. But there is also a special method of performing Aarti which has its own importance, so let us tell you more about the importance of Aarti and how should we do Aarti? What is the correct method of performing aarti?

How to perform aarti

Aarti is an important part of worship, according to this scripture, it is also called Aartika, Aartika or Neerajan. Any kind of puja or any yagna-havan or panchopachara-shodashopachara puja is performed at the end of the puja. Aarti is usually performed with five things, due to which it is also called Panchapradeep. Although it is not necessary, Aarti can also be performed from one, seven or more lights.

Things required during time of Aarti

Silver, brass or copper plate is used to perform Aarti. In this plate a lamp made of metal or flour is kept. Cotton ghee is made by adding ghee or oil to it. If cotton wool is not available, work can also be done with camphor. Some flowers, intact and sweets should also be kept in the plate. However, in many temples, priests perform aarti only by lighting a lamp of ghee. It is very good if all the family members are together while doing Aarti. Aarti should be done both in the morning and evening.

Importance and recognition of Aarti

The five lights that are lit in the Aarti have a previous belief that these five lights represent the five elements present in the universe, which together form our body. These five elements are sky, earth, water, air and fire. It is also believed that while doing the aarti, a flame of flame makes a protective watch of light around the aarti. The armor that one performs with devotion with reverence is equally strong. It is also believed that with the Aarti, the Tamsic circles of the devotee are converted into Satvik Vrittis and the surrounding negative energy turns into positive energy.

1. Aarti is performed after worship. Aarti is also called as 'Aaratrik' or 'Neerajan'. Whatever error or deficiency remains in the worship of the adorable, it is fulfilled by performing aarti.

2. Aarti is usually done with a lamp with 5 lights which is called 'Panchapradeep'. Apart from this, there is also a law to perform Aarti by lighting 1, 7 or odd number of lamps. All have different importance.

3. Keeping the direction of the flame of flame towards east gives rise to age, increase of misery towards west, loss towards south and keeping towards north. It is auspicious to put the flame between the lamps Similarly, lighting a flame around the lamp is also auspicious.

4. Benefits of Aarti: Through Aarti, a person's feelings are pure.

7. According to 'Vishnudharmottara Purana' one who sees the incense, Aarti, saves his many generations.

8. The activity of lamp, agar or incense lights of ghrit and camphor, and incense etc. is very useful for air-conditioning. Filling of camphor sulfur etc. is a scientific system for cleaning dirty houses.