What is Astrology today a Scientifically Valid Field of Study? 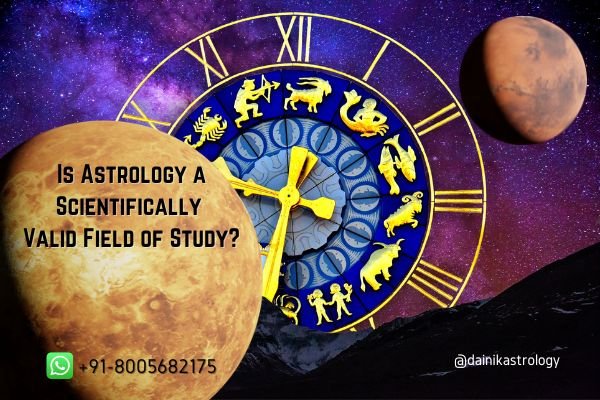 What is Astrology today a Scientifically Valid Field of Study?

It's a little tough to describe astrology because there are so many distinct systems. The good news is that they all seem to be talking about the same thing: heavenly bodies and their impact on human life. So, astrology may be informally described as a sort of divination based on the concept that celestial alignments govern human existence on Earth. To put it another way, your nature and future are determined by the alignment of the stars and planets at the moment of your birth.

Time and time again, astrology has been put to scientific testing, with terrible outcomes each time. Astrology would have easily passed these tests if it were a science, but the fact that it doesn't need to be taken into consideration. Would an astrologer be able to identify 12 people born under various zodiac signs based on their personality traits? He should be able to complete this work with ease if astrology is truly scientific. He won't, or rather, can't, because astrology is a belief that sprang from a shaky foundation when astronomy and astrology were seen as the same.

When human knowledge of the universe was limited, modern astrology was formed roughly 2,000 years ago. Everything was thought to revolve around the Earth back then. Only a few planets that had previously been found were considered when this alleged science was formed, aside from the Sun and Moon. Many new planets, stars, and galaxies have been found during history. We recognised that our solar system is a small fraction of the Universe, that our Sun is merely one among millions of stars, and that there are much more planets than we previously believed. Surprisingly, none of these results was ever integrated into astrology, and astrologers still use the horoscope today.

The inclusion of Ophiuchus as the 13th zodiac sign (if that can be termed a development, considering most astrologers do not recognise the new sun sign) is the only change we've seen in astrology. It's hardly a surprise that astrologers desire to keep this constellation out of their domains since if they do, all of their prior forecasts would be called into doubt. This is a typical example of 'Damned if You Do, Doomed if You Don't,' according to astrologers. Any new scientific discovery is published and submitted to peer review by a group of scientists. When it comes to astrology, however, fresh results are either dismissed or ignored.

The Misadventures of the Constellations

If you've been following the Capricorn horoscope because you were born between December 22nd and January 21st, you'll be upset to learn that you've been relying on the incorrect zodiac sign all along. Astonishingly, astrologers have failed to update the so-called science's fundamental assumption — the constellations. Essentially, the Sun seems to travel through the ecliptic route, passing through the 12 zodiac constellations. It spends around a month in each constellation during this time. As a result, the constellation in which the Sun rises at the time of your birth becomes your zodiac sign automatically. This appears to be sound conceptually, however, there is a little flaw.

The zodiac sign for a given month is determined by the constellation in which the Sun rises now, rather than the constellation in which the Sun rose in ancient times when astrology was still in its infancy. Axial accuracy, or the steady movement in the direction of the Earth's axis, has resulted in a significant shift in celestial alignment, causing the zodiac date ranges to be jumbled. If you were born in the first two weeks of January, you are a Sagittarius, not a Capricorn, based on the present alignment. It's not as if adding Ophiuchus would set astrology on the proper track, but astrologers who refuse to acknowledge its presence are doing a disservice to the lovely universe out there.

The Force of the 'Unknown'

What is it about the 'selected few' heavenly bodies that have such a significant impact on our lives? Some believe gravity is the determining factor, which may have been the correct answer if the Moon's Relative Planetary Gravity (7.7) had not been larger than Jupiter's (5.8). According to astrologers, the distance between Jupiter and the Earth is irrelevant, and Jupiter's effect on our lives is greater than that of the Moon. If, as they claim, distance isn't an issue, shouldn't all of the planets in the Universe, or at least the ones we've found owing to our sophisticated space observatories, be considered? It's easy to claim it's an unfathomable force that can't be described, and

Some Planets That Never Existed

Only five of the Navagrahas, or primary influences in Hindu astrology, are related to actual planets: Mangala (Mars), Budha (Mercury), Brihaspati (Jupiter), Shukra (Venus), and Shani (Saturn). Aside from them, there's the Surya (Sun) and Chandra (Moon), both of which may be given the benefit of the doubt because they're celestial bodies, and Rahu and Ketu, both of which don't exist. Rahu and Ketu are the Moon's orbital nodes, in essence. Uranus and Neptune, as well as Pluto, which was once considered a planet, do not appear on astrology's exclusive list of influences. That might be because they were not identified when astrology was first introduced. All non-fixed items in antiquity Sun and the Moon were regarded planets, as were other non-fixed objects observed in the sky, and the idea of Navagrahas bears witness to this.

Many individuals believe in astrology because it works and they have had personal experience with it. Does it, however,'really' work? Your daily horoscope predicts that you will receive some money today, and you discover a quarter in the pocket of your old pants. How reliable do you think a forecast like this is? Logic dictates that the more ambiguous a statement is, the more likely it is to be accurate. It's exceedingly improbable that an astrologer would predict that you'll discover a $100 bill in your old pants and you'll find one. It's also worth mentioning that we're more inclined to recall astrological prophecies that we believe come true.

Convince the Parents In This Way For Intercaste Love Marriage

Health Benefits of Turmeric: How it is helpful to deal...

16 Vastu Measures that everyone should know