How astrology predicts about the divorce of couples? 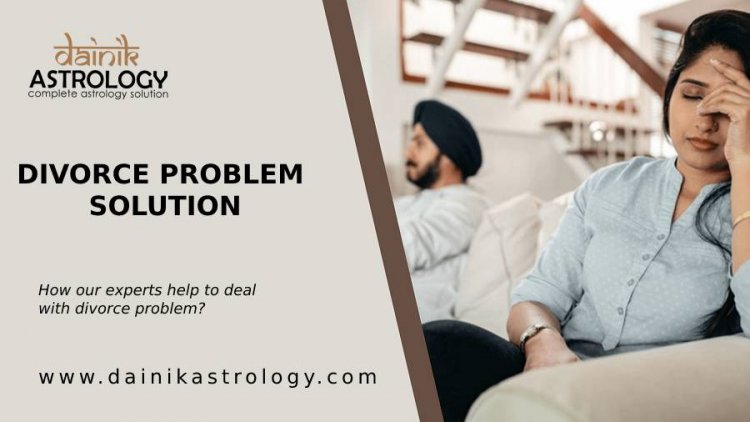 astrology predicts about the divorce of couples

Astrology plays a vital role in the life of the couples. It affects the life of the individual in several manners. It all depends on the couples that how they handle the issues that are arising in the life of them. There are some of the couples who are able to handle the problems of the marriage. There are some of the natal charts that have the certain aspects that show that there would be some sort of the difficulties in the marriage, whereas some relations rise above and face the problems but still continue. With the help of astrology, the expert can even forecast whether the relationship is likely to face hardships or not.

The reason behind taking a divorce could be indefinite and it is likely to be varied upon what makes those people fall in that relationship at first place. According to the astrology consultancy, the sun sign has an important role in determining the fate of any relationship. It might be the matter that the person and his or her spouse might be astrologically two entirely opposite people which could lead to a failed relationship. The intellectual, emotional and physical aspects of any couple if not matched as per astrology can cause issues in their paradise. A deep study of the composite and dynamic association of the planetary arrangements and signs of both the individuals is required to make such a decision.

There are increased numbers of separations and breaking of marital alliances happening in the modern day society. And, we can say that astrologer has a huge role to play in determining the longevity of a relationship.

Why couples headed towards divorce?

In the marriage life, there are some traits in the partner or some circumstances arise due to which couples headed towards divorce or they seek for divorce. This is the final decision of the partners when they can no longer cope with their partner and they think that divorce is the best option to deal with the problems that are arising. It’s the time when the couples feel like they have given their relationship all they have, they can ultimately come to the conclusion that is none other than end their marriage. Here we are providing some of the common reasons that show that what is the most common reasons for divorce.

In the extramarital affair one person goes outside of their relationship to get their needs met whether it is physical or emotional this can simply doom a relationship. For the reason extra marital affairs are responsible for the falling of most of the marriages that end in the divorce. This is considered as one of the most common reason of the divorce.

Financial troubles or financial issues can be considered as one of the biggest causes of the divorce. It happens from everything from the different spending habits and the financial goals to one spouse making considerably more money than the other. So this is also the breaking point of the marriage and husband-wife problem.

Communication is considered as the crucial in any relationship whether it is loving relationship or marriage. If any of the couple is not able to communicate effectively with the partner then it leads to the resentments and frustration for both that impact all the aspects of the marriage life. On the other hand good communication is considered as the foundation of the strong marriage.

There are several couples who seem to keep having the same argument over and over again often to do so because they feel they are not being heard or appreciated. Most of the couples find it’s hard to see the other person’s point of view.

Astrological remedies to get success in the desired job

7 Foods That Will Increase Stamina and Keep Energetic All...