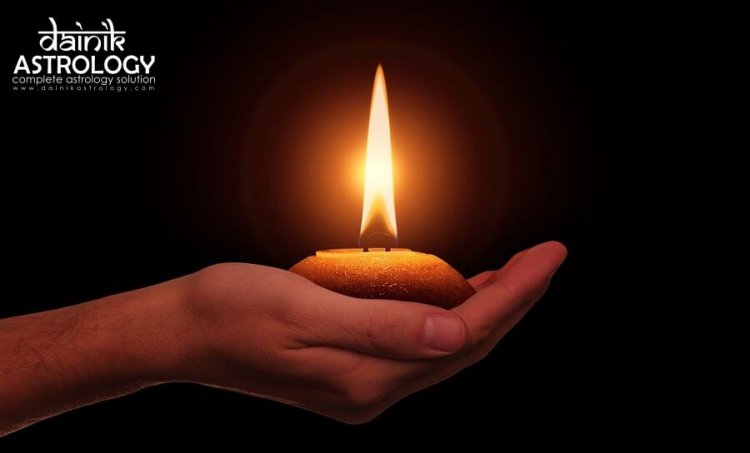 9 solutions to get rid of the financial problem

This time on Diwali, you should do traditional measures which can help you get rid of debt and solve problems related to money. On Diwali, lotus flowers are offered to Mata Lakshmi and a new broom is brought to the house as well as a broom is also donated to the temple.

2. Kauris: Yellow Kauri is considered a symbol of Goddess Lakshmi. Soak some white cauldron in saffron or turmeric solution and tie it in red cloth and keep it in the locker located in the house. These Kauris attract Dhanalakshmi. If you want to know more about more remedies then consult our world-famous astrologer.

3. Silver Garhvi: A small silver pot in which 10-12 copper, silver, brass or bronze coins can be kept is called Gadhvi. Keeping it at home safe or in a safe place increases wealth and prosperity. It is also worshiped in Deepawali worship.

4. Mangal Kalash: A bronze or copper Kalash filled with water and put some mango leaves in it, coconut is placed on its face. Molly is tied on her neck by making a symbol of the swastika.

5. Seven-faced lamp: May Goddess Lakshmi's grace always remain at home, for this, we should light a seven-faced lamp in front of her. The lamp should contain ghee. Do this work on Deepawali. It is also said that by lighting a lamp of nine wick ghee in front of the idol of Lakshmi Mata, one gets quick wealth and improves in economic matters.

6. Rangoli: At present, Rangoli is the most prevalent, but according to the old tradition, Mandanas are still made in the interior areas. Do make Rangoli near the gate, Dehri, Chowk and place of worship of Goddess Lakshmi.

7. Deepak: According to astrology prediction lamps are lit at special places in the house and around the house on the night of Diwali. It is said that a lamp of pure ghee of cow's milk should be lit in the temple on Deepawali night. This immediately gets rid of debt and financial crisis ends. Burn the second lamp during the Diwali night during Lakshmi Puja. The third lamp is near Tulsi, the fourth lamp is outside the door, the fifth lamp is under a peepal tree, the sixth lamp is in a nearby temple, the seventh one is in a nearby garbage place, the eighth is in the bathroom, the ninth is the mundare, the tenth is the wall, the gyrahan window, On the twelfth terrace and thirteenth on an intersection. Lamps are also lit on Deepavali for the total goddess or deity, Yama and Pitras.

8. Lakshmi Bhog: Lakshmiji likes Makhana, Singhada, Batashe, Reed, Halua, Kheer, Pomegranate, Paan, White and yellow confectionery, Saffron-rice etc. At least on 11 Friday, whoever offers a red flower and offers it to them in the temple of Lakshmiji, then there is peace and prosperity in his house. There is no shortage of money in any way. During worship, 16 types of gujiya, papdi, anarsa, laddus are offered. Pulhara is offered in the call. After this, offer rice, almonds, pistachios, chuara, turmeric, betel nut, wheat, coconut. Offering Kevda flowers and Amrabel.

How pregnancy astrology is helpful to deal with childless problem?

Is your birthday in July, Know about your personality!