7 Reasons for Breakdown of Marriage of Husband and Wife 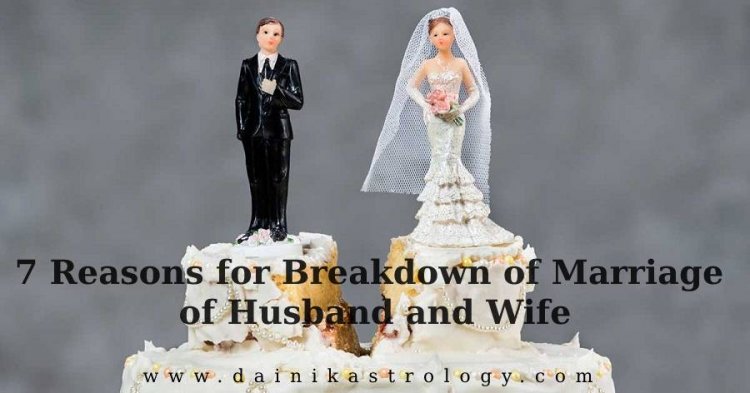 7 Reasons for Breakdown of Marriage of Husband and Wife

Ever heard from the mouth of a couple that we do not fight with each other? Are we always happy? Don't even argue with each other? Never believe if someone says so. Because where two different minded people start living together then quarrels are bound to happen and it is normal. Nothing to be afraid of. But if the number and level of fights exceeds the requirement, then consider it a sign of danger. For the reason here we are providing several tips that are helpful to make the things work in your favor. These tips will help you to eliminate the quarrels of the husband wife dispute problem.

This is such an issue on which if the husband and wife does not get their thinking, then there can be a big problem. No decision should be taken without talking about whether both are ready to take the responsibility of the child. Otherwise there could be a problem.

Do you and your partner fight over the same issues over and over again? The matter which was discussed two days ago, was also resolved, but today again both are getting heated about the same thing? Think of it as an alarm bell. Even if the issue is small, it will not take long to become a big one.

4) Why did you get married?

Fights happen in every couple, but getting frustrated with them, if the partner repeatedly says that he made a mistake by marrying you, this decision of marriage was wrong, I wish someone else could not get you. So consider these things as a warning sign.

5) Trying to justify myself

Whatever be the subject of the quarrel, but every time one of the two keeps trying to justify himself despite being wrong, then one day the relationship can become very weak due to love problem and die on its own.

Husband wife relationship is based on love, feelings and trust. Lack of trust weakens the foundation of the relationship and one day it remains to be broken. If there is a problem with the partner regarding trust, then sit down and talk. The solution will come from the matter itself.

Fighting between husband and wife every other day can still be tolerated, but if suddenly both keep silence, do not quarrel with each other. Do not show even when you get angry, if the argument stops, then understand that this is the environment just before the breakup of the relationship. Now God is the master of this relationship!

How to Make Relationship better with your Children

10 Signs Shows That You're In A Serious Relationship