6 things to avoid on Saturday to avoid bad luck 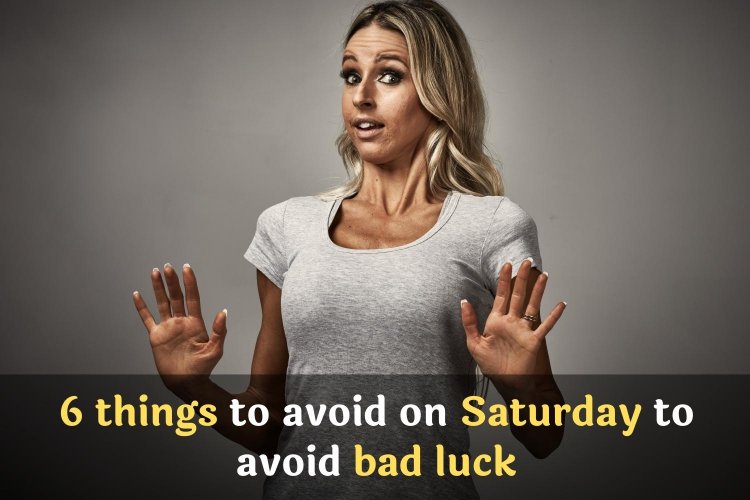 6 things to avoid on Saturday to avoid bad luck

According to Vedic astrology, the nature of Saturn is Darun. Also, Saturday is known as the day of Lord Shani and Bhairav. People take various measures to remove the bad effects of Shani Dev. Some people keep fast and some donate many things. On the other hand, there must be some practices that they should not follow on Saturdays. That's why we have mentioned the list of things that should be avoided on Saturday according to astrology so that the native will avoid misfortune and will attract Rajsukh and Rajpada.

According to the transit of the planet, it takes the longest time for Saturn to move from one sign to another. Therefore, the effect of Shani on any person mainly depends on his movement. Also, one should pay attention to the retrograde and direct timing of the planet and see how it is aspecting and conjunct with other planets in the person's chart.

People believe that Shani Dev makes the person inauspicious and prone to lose. Primarily, it punishes a person on the basis of their karma and allows them to live life with discipline and focus. By showering his grace, Shani Dev bestows immense success and material happiness to the natives. Also by his grace people earn a respectable livelihood. That's why people try their best to please Shani Dev, especially on Saturdays. However, one must remember to avoid certain things on Saturday to improve their chances to please the planet and seek the blessings of Shani Dev.

Who can please Shani Dev?

According to Vedic astrology, a person who speaks the truth and stays disciplined pleases Lord Shani. Apart from this, those who sincerely help the needy and weak people also have the ability to please Shani Dev. Apart from this, elderly people and worshipers of Lord Shiva and Krishna also help in appeasing Lord Shani. Also, those who plant fruitful and long-lived trees and planets have the ability to please Lord Shani.

6 things not to do on Saturday

People should not do these things to remove the negative effect of Shani Dev. Also, they should avoid eating and buying certain things to seek the blessings of Lord Shani Dev:

• Avoid drinking alcohol on Saturday as it brings unwanted problems and issues in life. Apart from this, it is also considered harmful for those natives who have inauspicious Saturn in their horoscope.

• From the list of things to avoid on Saturday, people should remember that traveling in certain directions should be avoided- North East and North East.

• Particularly, according to astrology, the natives should remember to force themselves to go in the east direction. If you don't want to do this you have to do it. So the natives should take 5 steps in the opposite direction after eating ginger. This will be fruitful.

• Women should not even go to their in-laws' houses on Saturdays. Apart from this, people should also avoid biting their nails and hair.

• Also, people should not buy things made of salt, coal, wood or iron for what should be avoided on Saturday. By avoiding this, obstacles, obstacles and unwanted problems are removed from the life of the natives. Along with this, the native should also not buy black shoes, paper, pens and broom.

• What things people should avoid buying on Saturday, it should also be remembered that oil and leather goods should also not be bought. People believe that buying all this increases the debt on the person.

• People should avoid consuming milk, curd and other dairy products. However, if someone eats something like this, then mix turmeric or a little jaggery in it and eat it. Along with this, people should also not eat brinjal, mango pickle and red chili. 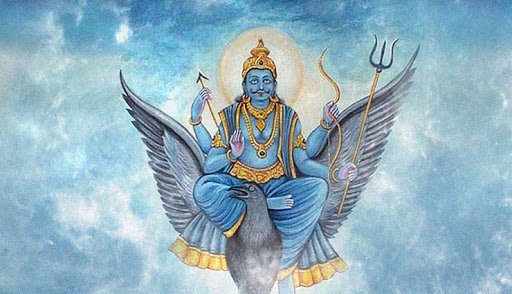 Other remedies to reduce the negative effects of Shani Dev

Due to the negative effect of Shani Dev, the natives may have to face many problems and troubles in life. Hence, to reduce the effects of Shani Dev, natives can follow these measures:

•    Natives must recite Hanuman Chalisa with full devotion and dedication to get the special blessings of Lord Shani Ji in their lives.

•    Especially on Saturday, people should give a mixture of flour and black sesame with sugar to the ants.

•    To get the blessings of Shani Dev, on Saturday after sunset, a ring made of black horseshoe or boat nail should be worn on the middle finger. It also benefits a lot.

•    Also, bathing should be done on Saturday. After doing this, the natives should light a ghee lamp in front of Lord Shani and also offer blue flowers.

•    Apart from this, the natives can donate black things like black cloth, black sesame, black lentils etc. on Saturday. However, they should remember that one should avoid keeping or buying mustard oil on Saturdays.

How to Know Your Partner Is Overprotective Towards You?