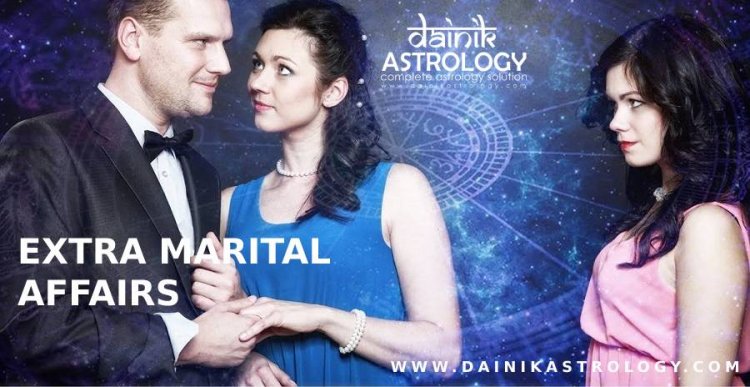 Nowadays, there is less interaction between husband and wife, due to which differences have started and sometimes this difference in mind Change and create conditions for divorce problem. Apart from this, people feel lonely even after getting married and start looking for someone who can support them emotionally and this kind of relationship is called Extra Marital Affair.

According to astrology consultancy, the causes of problems after marriage can also be due to the changing movement of the planets in your horoscope. According to astrology, Venus is the factor of marriage in the horoscope of the male and the female horoscope. If the conjunction of Venus and Mercury in your horoscope is in the tenth house or ascendant, then it is an inauspicious sign and it points towards polygamy. Apart from this, if the conjunction of Mars and Venus is in the seventh house, then according to astrology, the native also shows extramarital relations after marriage. If there is Taurus or Libra in the tenth house of the horoscope, and if the planets Venus, Saturn and Mercury are in the same house then it also makes the sum of extra marital affairs.

How to Make Bad Relationship Work And Increase Love In...