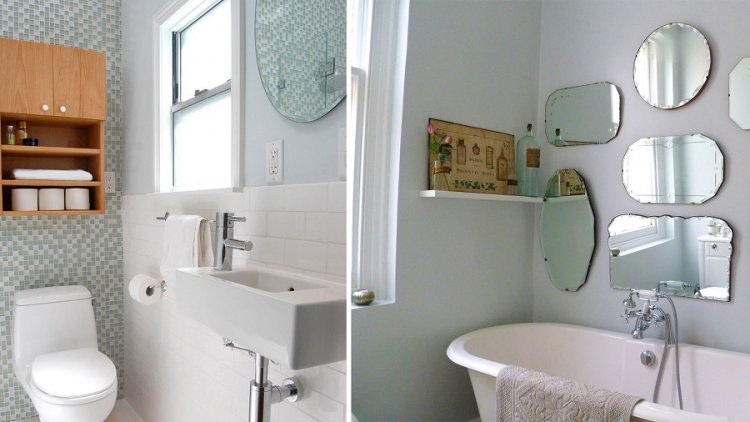 Toilets and bathrooms are very important in any building. It is also credible to make it Vastu-compliant, otherwise the residents there face many problems throughout their life. The Vastu rules mentioned here for toilets and bathrooms will definitely be beneficial for you.

1. Nowadays due to location, urban culture, little knowledge of the scriptures, most toilets and bathrooms are built together, but this is not right, it causes Vastu defects in the house. This often leads to differences and debates between family members in the household. According to world famous astrologer, there should be toilets in the east of the building between the bathrooms and in the south, south (southwest) direction. But by having these two at the same time, this rule of Vastu breaks.

2. According to astrology consultancy the Moon is inhabited in the bathroom and Rahu in the toilet. Therefore, if both are built together in a building, Moon and Rahu together will cause defects in the moon. Due to this the residents of the house may have to face physical, mental and financial troubles.

3. On making separate toilets and bathrooms, bathrooms should be built in the north and east direction and toilets between south, west, south and night. But when the two are combined together, it is best to make them in the western and northern vertical angles. Apart from this, it can also be made between West, South and Night.

4. Toilets and bathrooms should be constructed in any of the above directions but keep in mind that in the bathroom, the slope of the floor, the flow of water should be towards the north and east direction only.

5. The seating arrangement in the toilet should be such that you should face towards the south or west direction while defecating. Never in the East, because the former is the direction of the Sun God and it is believed that defecation is an insult to him. Due to this, the person may face legal hurdles and waste.

6. To make combined toilets and bathrooms or only separate bathrooms, it must be noted that water taps, bath showers are to be placed in the north and east direction and the person's mouth is facing north, north or east while bathing. Should be

7. Even while brushing / brushing, the mouth should be towards north or east.

8. Similarly, for making combined toilets and bathrooms, or only for toilets separately, it must also be noted that in addition to making the toilet seat at west angle and west side, south direction can also be an option.

9. If a bathtub is to be installed in the bathroom, it should be applied in north, east or northeast angle.

10. Electrical toilets, switch boards should be installed in unidirectional angle or south direction in the combined toilet and bathroom or bathroom only.

11. If you want to keep a washing machine there too, it should also be kept in the south or fire angle.  Its walls should be painted white, light blue, sky or light yellow.

13. The mirror should be installed in the north or east wall in the bathroom but it should be avoided as far as possible by placing the mirror in the south or west wall.

14. Today, the trend of attached bathroom in bedroom is becoming wrong or even wrong. This will affect our health soon after the collision of bedroom and bathroom energies. To avoid this, either a change room should be made in the middle of the attached bathroom in the bedroom or a thick curtain should be put on this bathroom and it should also be kept in mind that the bathroom door should be closed after use.

15. Here, it is advisable to give the window in the north or east, it can also be made in the west but it should not be made at all in the south and night angles.

16. In this, the exhaust fan should be placed on the east or north direction wall.

18. Also note that its door should not open in front of the kitchen door. Or its wall and kitchen wall should not be the same.

19. If the construction of toilets and bathrooms is not Vastu compliant, then put a big mirror outside it. Applying a picture of a lion or a torn lion while hunting also reduces its architectural defects.

20. Since soap, water etc. are used here, it should be avoided to use marble, it can be dangerous.

How Astrology Remedies help to solve your money matters?